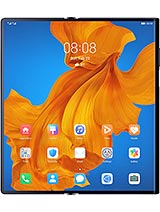 Tech90, 26 Jun 2020I currently ownn the galaxy fold and the mate xs i Use the mate xs as my main phone and the ... moreHey which one do you like better? Pros cons vs both? I got a used Galaxy Fold from ebay for $800. Can't find the Mate XS for less then $2000. But I love the Huawei EMUI way better. Samsung OS sucks. I have the Mate 20 X as my daily.

Anonymous, 26 May 2020For the price of this you can buy flagship phone+tablet and donate remaining money to charity.so true ... I waited a year and got my Note10+ for a lot cheaper - and then picked up a Sony XZ Premium (as a dedicated A/V library) for even cheaper
two flagship phones, both new in their boxes, for less than what the cheapest one cost only a few years back - and yes, I am more than happy with what I have for now, but will look at finding one of these 'new' next year or so

It will get huge success when it has,
1. Dual boot option with LINUX as a second OS, which has the ability to run desktop applications.
2. Autimatic boot on Android when folded, on Linux when unfolded (optional)

Then it will called as 'COMPHONE'...

(The price is already exceeded than the phone and a laptop combo!)

Stereo Speakers (Mate 20X style; it can totally be done)
Headphone jack (don't tell me that handle couldn't squeeze one in there; even without DAC)
Bluetooth 5.2

1,750mAH batteries x4 (2 on each side to make 7,000mAH total)
Same 55W supercharge wired charge
Heat suppression for both processor and batteries

108MP SONY IMX sensor with OIS (per rumors Huawei was working on this)
40MP SONY IMX Wide-Angle cam (taken from the Mate 30 series)
13MP Telephoto (periscope is better but unsure if it fits here; would be good if it did)
ToF sensor
4K@60fps at least; 8K@30fps at least; 1080@960fps at least

Selfie is obviously the same as above

Other:
IR Blaster
NFC
Ability to seamlessly change from Wifi to 5G to 4G without any interruptions
USB 3.2 (you're paying a ton so might as well)
All GPS profiles

More than likely, we're looking at a price of like $3,200 or something. It would suck but at least the specs would be ideal for being the last Kirin processor (unless Biden gets elected and tells TSMC and Google they're ok to work with Huawei again) for Huawei.

NeonHD, 06 Aug 2020They could have taken the advantage of the handle/bar and put a headphone jack on there but no... moreTrue. But will you buy it?

They could have taken the advantage of the handle/bar and put a headphone jack on there but noooooooo they didn't!!!!!

Dont ever made a mistake and buy that mobile, i bought it last April and there was some scratches so i went to Huawei service provider to change the screen protector based on the warranty, they told me we are not able to change it because there will be bubbles and we cannot fix it properly, then what shall i do after i spend that big amount on a unreliable mobile

Anonymous, 16 Apr 2020Android tablets are garbage. No way I would pay more than $700 on a useless phone like this th... moreWrong. Install Google Play Services from Uptodown and you will get Google apps, including YouTube.

HuaW3I Suxs, 24 Jun 2020Seeing their Antutu score (is like an SD855 score), and seeing the score from the P40 series..... moreThe Mate XS uses UFS 2.1 instead of the UFS 3.0 on the P40 series, also the cooling solution is beefier on the P40 series because there's more room to play with. There could also be a difference in ram speed but I'm not sure about that one.

These combined will give you the score difference you mention, so very unlikely it's because Huawei are cheating again.

Love this phone. And getting Google Play Store and Google Services installed with a little research and know how makes this device a million times better.

actually, 29 Mar 2020Kirin chipset is better than SD865.....Seeing their Antutu score (is like an SD855 score), and seeing the score from the P40 series... Hmmmm... Is much the difference between devices carrying the same chipset, so, Huawei is cheating again? For the price, you are getting the outdated chipset anyway...

Huawei fan, 07 Jun 2020I am not from China, but I think Huawei makes great innovations with which the US cannot compe... moreI definitely agree with that. USA 🇺🇸 is scared not to harm apple so they banned Huawei.
Pro30 user here.

Nice to have but once the screen bumps a sharp object, it's over and there goes your $2700 down the drain. The hype ofr having new gadgets last only for a week. After that, you'd be looking again for something new. Believe me, I am one of those who always aspire for new phones. But when I got the S20 ultra, my hype for phones finally subsides and then I have lost interest to any new phones. I am now so disinterested in phones that I sold the S20 ultra and reused a 2016 phone. Maybe I just reached the point of fullness. Unless... they make a phone with a laser gun....then there is a New Hope.

lol at the comments so completely out of touch with reality, expecting new technology to cost super cheap. Wait until this matures and then you'll get your cheaper foldable phones. Except Apple will still price their foldable phone at $2000+, and you guys still won't be happy with cheap prices.

I am not from China, but I think Huawei makes great innovations with which the US cannot compete and only can ban, and make it difficult to manufacture and compete with rivals.
Anything that doesn't kill us, makes us stronger.
Huawei great job!!!

Skulldemon, 29 Mar 2020Is it worth to get? I am thinking if I should get it ...For the price of this you can buy flagship phone+tablet and donate remaining money to charity.