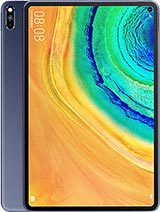 Can we use it in india with english language

Google services?
Where u at???

Great looking tablet for if you use it primarily for office work and general media consumption/games. Until Huawei and other android tablet manufacturers decide to ditch google services however, it's not great for certain professionals such as artists and film makers/photographers when looking at the iPad Pro. When Huawei bring in their own OS I really hope they strike up some deals with companies such as Adobe to bring the full suite to this tablet. Software is just as important as hardware.

why didn't they just remove the selfie camera?
no one take selfies with tablets

I like the design, but do not like the punch hole camera. Better to use a motorized popup camera, because shooting selfies is not main use of a tablet. I wonder why the display has rounded corners. They could be sharp in order not to lose pixels, there is space for it. The tablet case itself can be rounded of course. The proprietary memory card is not suitable for a 2019 device, Sony has tried it with the memory stick and not succeeded either. Better to help the SD forum to develop a better standard more quickly. At least it has a 3.5mm jack, which the Samsung Tab S6 has not. Still, people are copying from others instead of thinking on their own. For gaming, this device is not suitable because of the high resolution of the display, but for reading ebooks and watching photos it is ok. Unfortunately, you have to decide upon the resolution, it is fixed. Maybe with an UHD display you can have both, because it is easy to reduce resolution to Full HD (no quality loss).

techWAR, 06 Dec 2019You're kidding. Sd card are so so important that it's weird to exclude themIt's important, and they say they have it.

i can therefore live without google services

Anonymous, 25 Nov 2019Huawei please listen: we don't want your nano sd gimick, specially for tabletsWho are we?
Say YOU don't want it.
I 💘 it

Adul Al Salami Kebab, 27 Nov 2019Asking for a headphone jack is usable, asking for a obsolete thing such as SD-card is just wei... moreYou're kidding.
Sd card are so so important that it's weird to exclude them

I rather buy this one over Apple overpriced.

Lucio, 25 Nov 2019 Was hoping to see killer spes. Specs do not march up to the ipad. Disappointing. Waste of res... moreSo you would rather pay a grand for iPad and not 450 for similar specs then

From where could i buy it?
I'm from Egypt and tell now i don't find the previous version mediapad M6 whether in the local market neither in Amazon ... etc !
Which site is the easiest to ship it to me?

Anonymous, 25 Nov 2019Huawei please listen: we don't want your nano sd gimick, specially for tabletsAsking for a headphone jack is usable, asking for a obsolete thing such as SD-card is just weird... x-x

Whatever, 25 Nov 2019I wish it had no selfie camera, like why would someone take selfies on a tabletFront camera's use is not only for selfies but also video calls.

Anonymous, 25 Nov 2019I use it for a week and its so smooth.I think Huawei announced it on 25 November... How could you use it a week

Good job with headphone jack 3.5. It's definitely a game changer.

What's with the hole punch camera?! Why couldn't you place it in the top bezel? We use tablets for the display and that'll be so agitating to watch stuff, the design of the thing looks like it's an iPad pro, yet again Huawei can't be bothered to make their own designs. (Example Huawei freebuds 3)

Related devices
The devices our readers are most likely to research together with Huawei MatePad Pro 10.8 (2019)