It’s a big day for Huawei with a plethora of software and hardware announcements. With HarmonyOS 2.0 now officially launched, Huawei announced its first set of tablets powered by its in-house operating system. The MatePad Pro 12.6 is a true flagship offering set to go against the likes of Samsung’s Galaxy Tab S-series and Apple’s iPad Pro line.

There’s a smaller 10.8-inch version that runs on Qualcomm’s Snapdragon 870 chipset – the first such Huawei device in a long while. The MatePad 11 is a more affordable offering targeting students with the same great software features found on the more expensive models and last year’s Snapdragon 865 SoC at the helm.

The new MatePad Pros bring us our first glimpse into HarmonyOS 2.0 for tablets and with the available large screen real estate, Huawei made sure to incorporate some multi-task friendly changes. The home screen is not just a cluster of apps but rather a desktop-like experience with a separate dock and widgets, control panel and a focus on reachability that shifts all in-app function bars to the side. 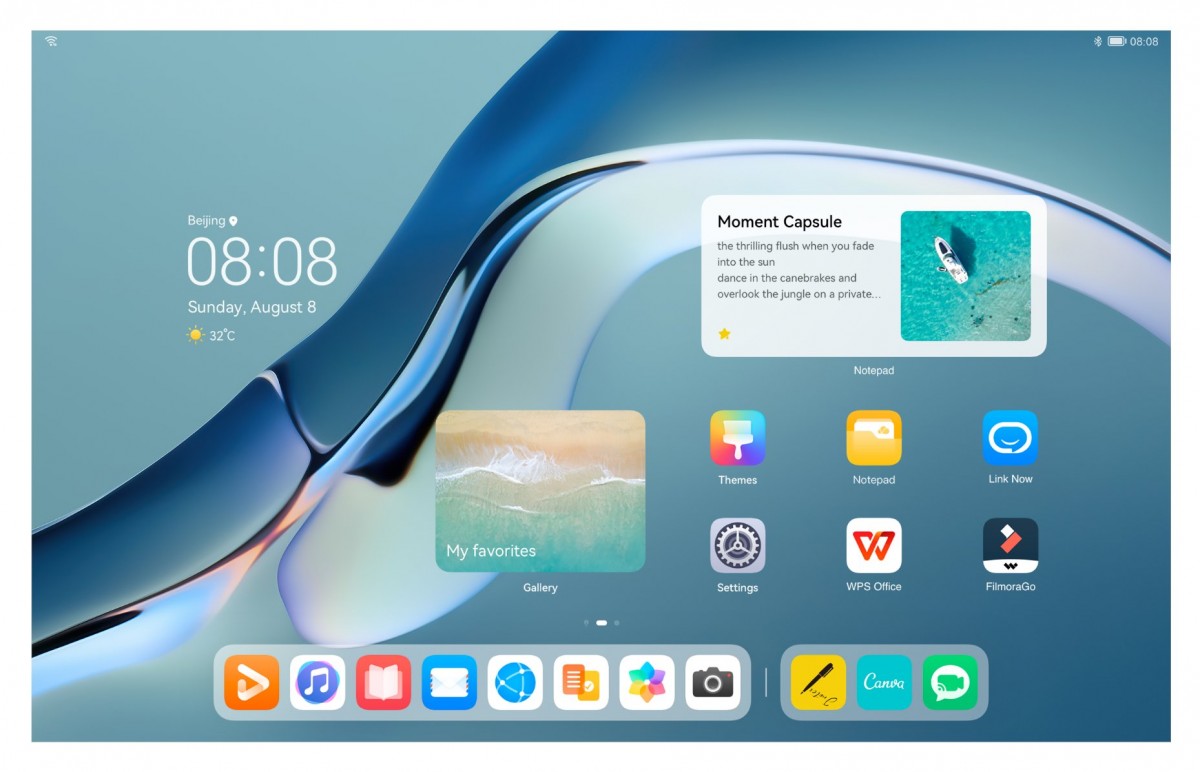 Huawei is bringing enhanced mouse support throughout the OS with live app previews further reinforcing the desktop-like experience. Multi-screen collaboration is making a return here allowing you to mirror you Huawei phone’s display on the MatePad to drag and drop files, answer calls or type away your messages. Mirror mode goes a step further this year by allowing you to link the tablet to compatible Windows-powered Huawei laptops. Users will be able to use the tablet as a standalone drawing device in apps like Photoshop or even use the MatePad Pro’s display as a secondary monitor to spread their workflow. 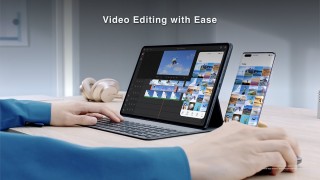 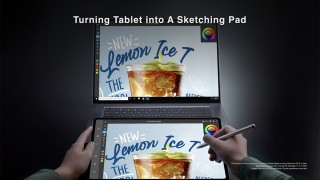 Shifting to the hardware side, MatePad Pro 12.6 comes with a 12.6-inch OLED displays with a 2560x1600-pixel resolution, albeit at standard 60Hz refresh rate. The 10.8 has an IPS LCD that refreshes at 120Hz of the same resolution.

Huawei incorporated the selfie cam in the middle of the side bezel which lends a more traditional laptop-like feel during video calls. 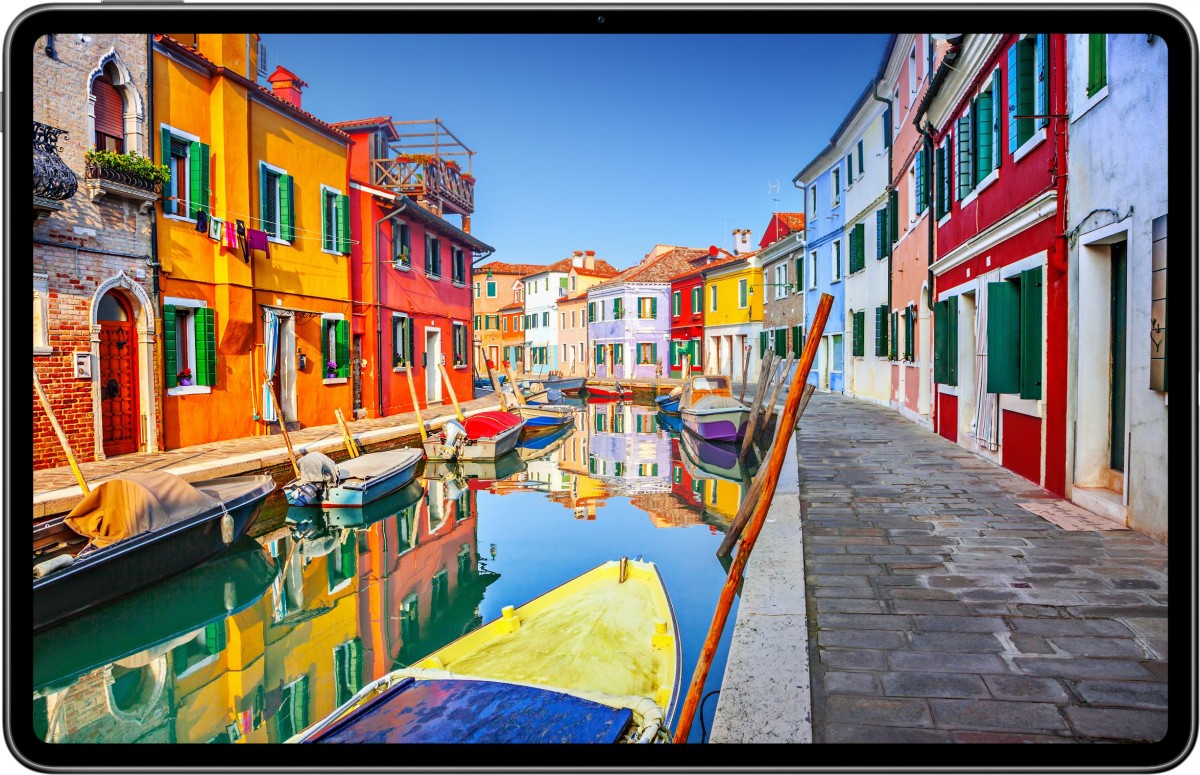 The panel supports HDR 10 content playback and covers the entire DCI-P3 color gamut. You also get eight speakers tuned by harman/kardon and four microphones for voice pick-up at up to 5-meter distances.

Huawei’s in-house Kirin 9000E chipset sits at the helm of the larger 12.6-inch model while the smaller 10.8-incher gets a Snapdragon 870. Both models get 8GB of RAM and either 128GB/256GB of storage. There are three cameras on the back with a dedicated 3D depth sensor. 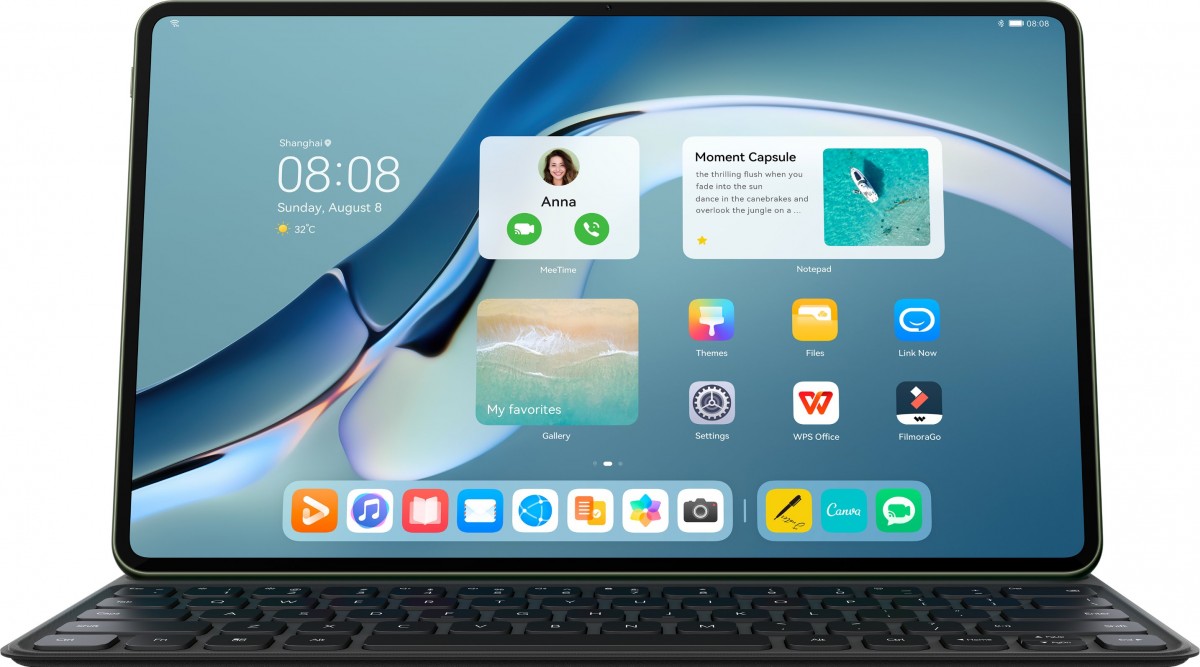 Huawei claims up to 14-hours of mixed usage on a single charge with MatePad Pro 12.6 thanks to the massive 10,000 mAh battery. You also get 40W fast wired charging, 27W wireless charging and 10W reverse wireless top-ups. The 10.8-inch version gets a 7,250 mAh battery. Both models support Huawei’s new M-Pencil stylus and smart magnetic keyboard. 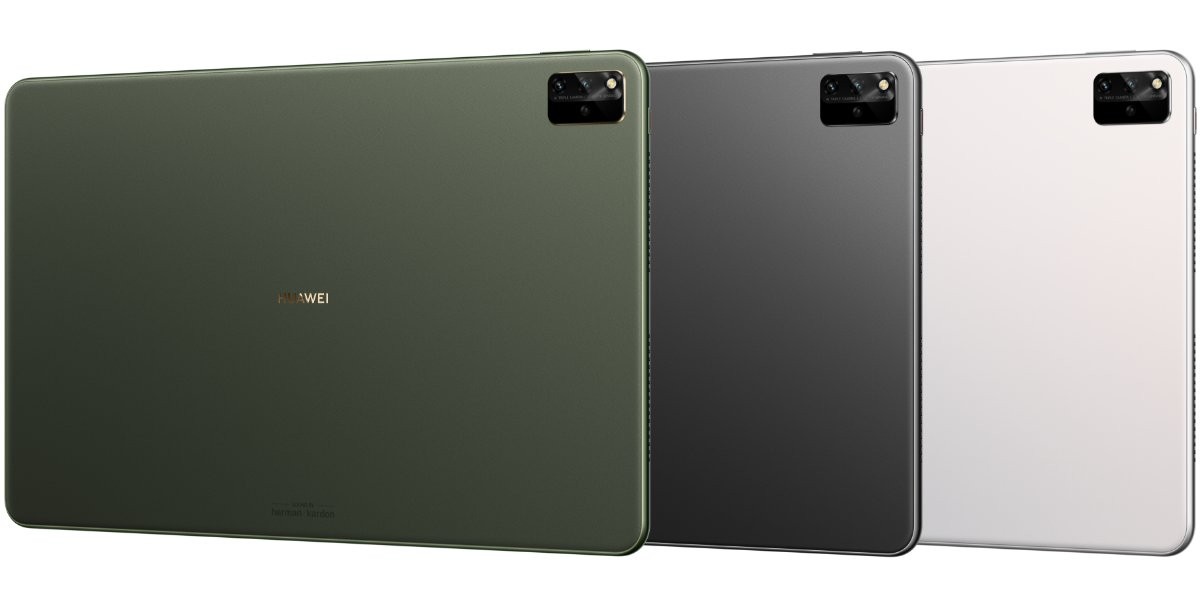 The new MatePad Pros comes in gray, green and white colors. The MatePad Pro 12.6 will retail for € 799 in Europe. Availability and pricing for the 10.8-inch model and other regions will follow.

The non-Pro MatePad 11 gets a 10.95-inch LCD panel which again packs a 2,560 x 1,600 resolution and refreshes at 120Hz. There’s a quad speaker setup with the same harman/kardon sound tuning alongside four microphones. 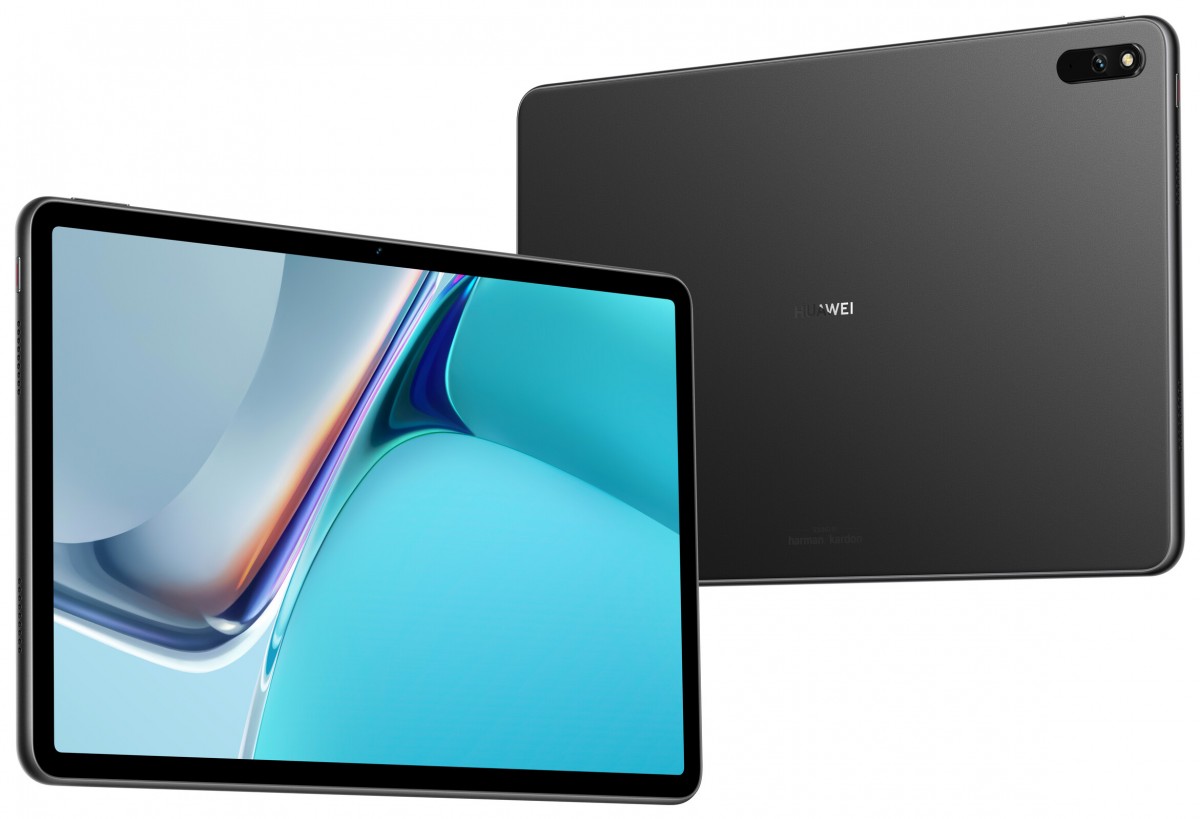 Huawei opted for the older Snapdragon 865 here which should still deliver snappy performance. You get 6GB RAM and 128GB storage here. The battery is listed at 7,250 mAh and sports 22.5W fast charging. The tablet is also compatible with the new M-Pencil and has its own smaller smart keyboard.

MatePad 11 will retail for €399 in Europe. Further availability details will be announced later on.

Dose anybody know how much the touch sampling rate is?

I was forced to retire my old iPad (unable to update to higher iOS :( ) and has planned to buy a new pad (certainly not a closed system this time :) ). Since the pad would be mostly used at home I don't care about whether it has 5G or not. WiFI...

Yes buddy exists already through third party apps on playstore. Android 12 will just make these features built in just like Split screen multitasking incorporated on Android late when Samsung and other Chinese brands already had it built in with t...