A couple or so weeks ago an unannounced Huawei tablet leaked in some official-looking (yet low quality) renders, showing a punch-hole display housing a selfie camera in one corner, incredibly thin bezels for a tablet, a keyboard accessory, and a stylus that magnetically attaches to the tablet's top side.

Today Evan Blass, aka @evleaks, has outed a new press render of the same device, and also provided us with its commercial name. It's going to be called Huawei MatePad Pro, and not MediaPad M7, as previously rumored. 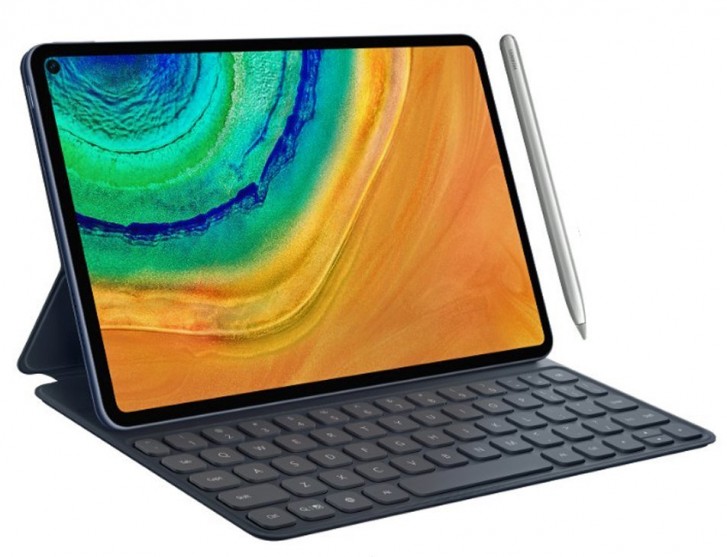 Given the design, stylus and keyboard support, and the name, Huawei seems to be aiming this device at competing head-on with Apple's iPad Pro. The MatePad Pro is expected to boast dual rear cameras, an in-display fingerprint sensor, and a USB-C port.

Believe it or not, more specs haven't leaked yet, but if this is to actually compete with the iPad Pro, then it needs to pack some high-end internals, so we wouldn't be surprised at all if it was powered by the Kirin 990 chipset, with a large battery keeping the lights on and 8GB of RAM and 256GB of storage. 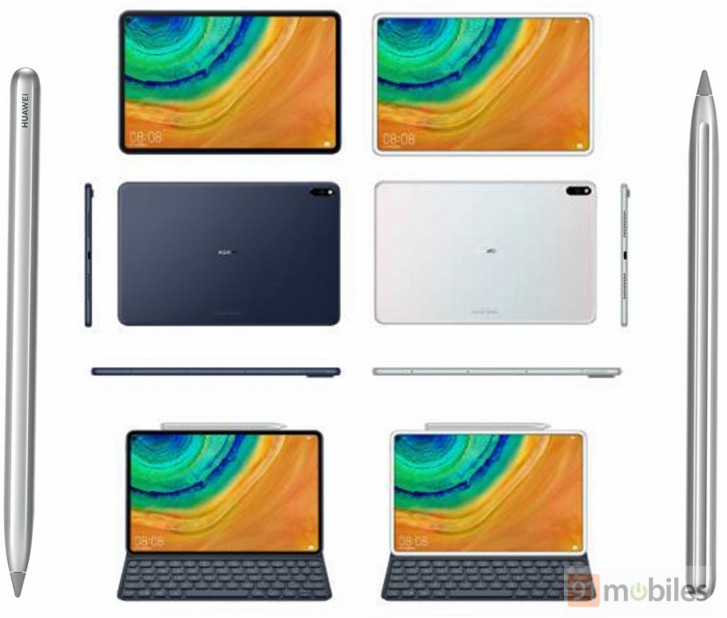 According to past rumors, it will be offered in black and white, while the keyboard accessory will connect magnetically. This may be the world's first tablet with a hole-punch screen.

If I want productivity, I'll buy a surface pro instead of a limited iPad OS.

1 - Things like iMovie, Photoshop CC (works almost similar to Windows), Filmora (not the Go version), and so many more editing apps that tablets are best to be used for, all work flawlessly on iPads. On the other hand, I couldn't recall any memorable...

useless comment. you don't give even a single example of feature that work on ipad but don't on android. on the other hand even transferring files from your pc to ipad is complicated