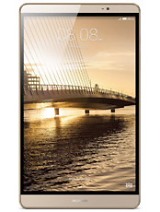 bahman, 19 Sep 2016hello, have you installed that? is it final version? thanks a lot.for sorry it's open source for developers to can kitchen custom roms. but i found some links says that Huawei started release OTA Marshmallow update for M2 in japan.

Is that a mobile phone or just wifi connections?
Coz'someone told that he hasn't Sim card slot. just SD slot?

This device is totla useless. It has display problems

AnonD-554745, 30 Jun 2016It is very stupid from Huawei to make two different editions with different rams , they should... moreI've just bought mine in Jarir bookstore Jeddah
The premium edition with 3GB ram
899 riyals

I downloaded it but how to install ???

How to install it?

Android 6.0 has launched for M2 8.0 on below link:
http://consumer.huawei.com/en/support/tablets/mediapad_m2_8_en-sup.htm

I got the same problem,after 8months of used the screen tottaly blacked but it had sound... I returned it to jarir bookstore becoz it covered by 1year warranty and after a week they called me and told me they will replaced it with a new one...and i got the new one same specs and same model..i think the first one that i got has bootloop problem...

Rov, 09 Sep 2016Hi there! Where can we purchase this tab here in the Philippines? I really like the specificat... moreYou can buy in Huawei Concept Stores. I bought mine in Huawei SM BF Homes

Hi there! Where can we purchase this tab here in the Philippines? I really like the specifications of this tab. Thank you!

armyof12monkeys, 25 Aug 2016Im very impressed with this tablet. Can compete head to head with Samsung Tab S2. Please where can by in uk on in internet M2 8.0 Mediapad 32gb

Related devices
The devices our readers are most likely to research together with Huawei MediaPad M2 8.0