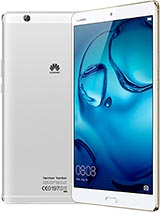 Any sucessor available, mediapad m3 8.0 (full - not lite), its a still great stuff, but (after 4years using) im lookimg slowly, what will next..

Can i use this as phone call?

like new even after 3 years of bad treatment from my 5 year old child.
battery is ok charging port ok screen like new. didn't have such good experience with th nexus 7 and the galaxytab 10.

Android 10 released for this Tablet on XDA !

Have this machine almost tree years now and all I could say this is the best tablet I haver had.congratulations to Huawei.

Random, 08 Jul 2020Its been two years and still no server update!! Old emojis, android nougat, >:(IK RIGHT!, There is not update or so what, old emojis old software. But the phone still run so good though

Its been two years and still no server update!! Old emojis, android nougat, >:(

Loving the device, but two years as my number one phone was enough for the battery, which is now, after some eight more months, completely toasted. Would love to get a newer version, but unfortunately they aren't available where I live, so I'll likely get a bigger tablet for now even though the eight inches is perfect.

I just want to ask if this is gorilla glass?is it ok not to put screen protection to avoid from scratch?tnx

I've had this device for over 2 years now, and I still love it. I may get the M6 Turbo, but I'm in no rush. I sure hope Huawei continues this line because this is the best 8-inch tablet on the market with awesome speakers too.

Been using almost 2 years.
Everything still works fine, including battery life.
Rear camera is awful though, since day 1.

had this around 2yrs. it still works fine, and faced a lot of damage from my sibs. dropped it multiple times and it does have cracks, you can even see some of the inside of the tablet. and the recently someone sat on it and it got REALLY bent. but it still works. of course there's a stutter here and there, and the occasional sudden shutdown of an app, but what do you expect from a device that faced this much damage? it's pretty great for what it's worth. i would have definitely kept using this tablet because it's so easy to use, but i have to move on and get another device. the only thing i will complain about doesn't really have to do with the tablet itself but huawei. i was running out of space and got an SD card and that's when i learned you can't transfer apps to the card, only files. huawei said it was to prevent your phone from slowing down considerably (which to be fair, it happens to some devices) but that should be the consumer's choice, not theirs. if that wasn't the case, i would definitely be getting another huawei device. but for now, i will probably get the vivo v15. oh yeah and the last update was july 2018 but i don't care for updates. but for people that do, don't get this tablet. cheers

Mine also don't want to upgrade. Even with Firmware Finder. It is the model with build # BTV-DL09C433B001.

I believe that Huawei is not upgrading the M3, with the hope that they can sell more M5. Nothing differentiates the two models greatly, other than the OS.

I will also never buy another Huawei. The Mediapad is good. Huawei ethics is below par.

Can turn off the speaker phone when making call?

why my mediapad so laggy when I play game such as pubg. any,solution guys? help me please.

Related devices
The devices our readers are most likely to research together with Huawei MediaPad M3 8.4