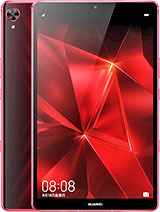 Charlie, 13 Oct 2020Nobody asked but here is my 1st week impressions of the Huawei Mediapad M6 Turbo edition 🤣 P... moreHey, would you post a link to that Netflix apk? I've tried everything and I can't get one to work. Thank you!!

anybody else find a way to flash Global EMUI ROM or any other rom on this thing?

Amazing tab but it's not available in all regions

omzig, 07 Nov 2020so could someone clarify what's the difference between regular M6 8.4 and M6 Turbo 8.4 ? ... moreThe Turbo has 6GB RAM vs the non-turbo that only has 4GB RAM. Those extra 2GB RAM improves gaming. The Turbo is also liquid cooled to help it not get hot during gaming. I am not a gamer but my Turbo has never gotten hot. Not even warm.

so could someone clarify what's the difference between regular M6 8.4 and M6 Turbo 8.4 ?
is it more of a gaming gimmick or they actually tweaked hardware to increase performance ?

Fintoyu, 30 Sep 2020Your are talking in vain only aberrations. 🤣🤣🤣 What has to do what you said with the fact that... moredissuading as always :)

Charlie, 13 Oct 2020Nobody asked but here is my 1st week impressions of the Huawei Mediapad M6 Turbo edition 🤣 P... moreI'm like 95% sure there is no VoLTE with T-Mobile in the U.S. When I go to the link provided by mac231US https://consumer.huawei.com/bh/support/content/en-us00786166/ There is no switch to turn on VoLTE
From link:
Enable VoLTE
Go to Settings > Mobile network > Mobile data . In the network settings area of SIM 1 or SIM 2, turn on the VoLTE calls switch.

I also downloaded a few random apps that check for VoLTE and two of them said this phone does not have it. None of them did say it had it.

On a funny side note:
With the built in camera app, under Audio Control, there is an option to "Say Cheese to take photos". I had this option on a previous phone and love using it because I can take stiller photos (less blur). I could not get the camera to take a picture by saying Cheese. After a few weeks and 10 plus failed attempts, I finally thought about saying Cheese in Chinese. It worked. You have to say Cheese in Chinese. Google the pronunciation if you want to learn how to use that option. It is fairly similar sounding to English. I have English Language set (and only English) and Region United States in System & updates -> Language & input -> Language and region

Turbo edition is excellent,phone calls work in austria via LTE; Locked launcher is annoying, but that gets compensated by Game Space feature, excellent build quailty, battery life,etc.
Most huawei bloatware you dont need uninstall, or like me, just never activate or consent.
I dont get desktop mode and Pascal Wager (all max) to work, no notification or screen transfer via usb-c Dock and HDMI. Anyone else with this Problem?

Turbo edition is a very nice and snappy tablet. No doubt. But some limitations i have found (no official netflix support - need to install a very old, non HD version, then no way of changing default launcher, and my last negative point, is the polish TV app called "Player" not working). Other than that, i'm pretty happy with the tablet. Nevertheless, i'm looking for an alternative ROM that could possibly overcome the few limitations i just mentioned. But i can't find one. Is there really no alternative ROM for this fantastic tablet?

Charlie, 13 Oct 2020Nobody asked but here is my 1st week impressions of the Huawei Mediapad M6 Turbo edition 🤣 P... moreso can I use it for gaming and watching YouTube?

Nobody asked but here is my 1st week impressions of the Huawei Mediapad M6 Turbo edition 🤣
Pros
+Very fast tablet, can't say that enough.
+Does not overheat thanks to its liquid cooling system.
+Excellent display quality, very sharp and bright. Color balance is ok.
+Looong battery life. Fast charging supported.
+Superb side mounted speakers tuned by Harman Kardon. One of the best I have experienced.
+Very fast and does not lag, even if your have received a Messenger DM randomly (iykyk).
+The M6 is considered a gaming tablet. There is a dedicated, textured Gaming switch on the side to allow easy access to your installed games. Notifications will be blocked till you switch out of gaming mode.
+Fast face unlock feature
+Small side bezels. Makes the iPad Mini 5 look outdated.
Cons
-No Google Playstore out of the box. You have to install it manually (lots of tutorial online).
-You're stuck with the EMUI home launcher. You cannot set 3rd party launchers as default. Not a big deal to some but it is for me. After a few days with EMUI home, I have accepted my fate!
-Newest version of Netflix is not supported. You have to find a specific version that works. Ill share a download link in a DM (SD quality only) .
-Rarely, Messenger chat heads still disturbs you when gaming. No lags experienced though.
-Gaming switch is sometimes flaky, switching in and out of gaming mode sometimes take two tries. Might be software related.
-The back glass is a fingerprint magnet and scratches very easily. Invest in a case or skin asap.
-No double tap to wake feature in 2020. It has raise to wake function instead.
-No fingerprint scanner.
-Lots of bloatware from Huawei. Most can be unistalled.
-Even if you set the language to english, some chinese character persists.
Do I reccomend the M6 Turbo? A hard YES and at the same time a big NO. This is not for those who have no experience in configuring the Google Play Store as well as side loading apks. This is not for those home launcher tweakers like me. This is not for those who enjoy Netflix in HD. Lastly, this is not for those who want a tablet that simply works normally out of the box.
#gearappsnap #huawei #huaweim6turbo #huaweim6 #gear

Okay so we seem to have established that this thing has VoLTE if turned on, and that it will work on T-Mobile. Will it work on Verizon? I already know I have no service at my house on T-Mobile. My only options are AT&T or Verizon. Actually, I want to switch to Spectrum, but it is Verizon backed when not on wifi.

mac231us, 22 Sep 2020fintoyu trying his best to dissuade - lived in this regime that regime etc of course the Roma... moreYour are talking in vain only aberrations. 🤣🤣🤣 What has to do what you said with the fact that Huawei does not have GMS ???

R2D2, 16 Aug 2020This device does not support VoLTE. T-Mobile announced a few weeks ago that devices not suppor... morehello R2D2 according to Huawei the Mediapad M6 does support VolTE (note that they mention only the non-turbo versions but would not think there would a difference in network capability as the turbo versions just have more RAM, storage and maybe some overclocking?)
https://consumer.huawei.com/bh/support/content/en-us00786166/

Fintoyu, 29 Dec 2019Normal average customers DON'T KNOW to make a side hack and they will not waste time to make i... morefintoyu trying his best to dissuade - lived in this regime that regime etc of course the Romanian regime was one of the worst if not the worst lol but they were all different
there is no such thing as Chinese LTE-yes makes good soundwaves using such language and words....there are bands...frequency bands are frequency bands the FDD LTE bands are there to access the networks here (not quite right here the ones listed by GSM arena now and then they get it wrong though they are usually correct). Now the absence of VoLTE is indeed troubling. (was on AT&T before and am now on Tmobile)

How much gb sd card can it be expanded to??

This device does not support VoLTE. T-Mobile announced a few weeks ago that devices not supporting VoLTE will not work on their network starting January 2021. T-Mobile is phasing out 2G and 3G starting then (there could be delays, of course). I have used this tablet also as a phone so this is a huge disappointment for me. I would think it would still work for data but not phone calls but who knows for sure. It is still a great tablet when used over Wi-Fi or hotspot or just gaming but a big disappointment with no VoLTE.

Still by far the best android tablet within the smaller sized (below 10 inch) segment. Had it for three months now and it's my main devise. No matter what you throw at it, runs everything smoothly and does hardly get warm. High quality build.
Also liking the custom Android version better then the Google one. If you want the best smaller size tablet, see if you can get one directly from China. You won't regret it.

Related devices
The devices our readers are most likely to research together with Huawei MediaPad M6 Turbo 8.4