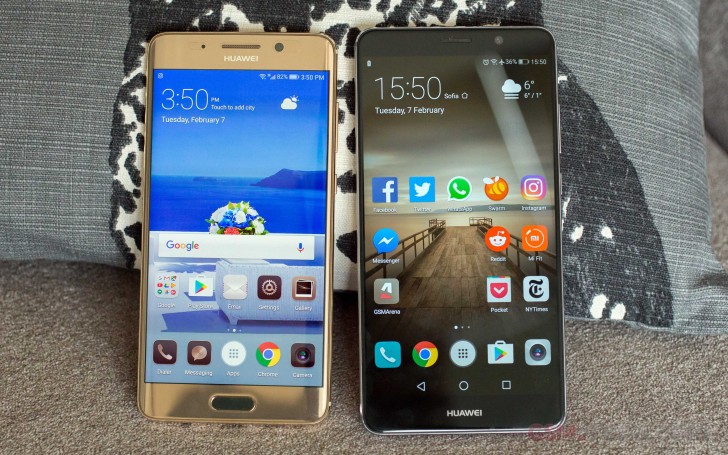 According to our tipster, the Huawei Mate 10 will have an IPS LCD screen with 5.9” diagonal and Full HD resolution. Unsurprisingly, the new chipset is expected to be Full HD, and the dual camera on the back will be Leica-branded with sport a bright f/1.6 aperture. Interestingly enough, the fingerprint scanner will at the front embedded in the home key.

We know that Huawei is launching a bezel-less phone with EntireView screen. The tip suggests this will be the Huawei Mate 10 Pro, but the display panel will be AMOLED with QHD resolution. The camera will be the identical to the regular version. Since the front side will be mostly taken by the screen, the fingerprint scanner goes on the back. The chipset will also be the latest Kirin 970.

The third option is named Mate 10 Lite and will come with the same 5.9" FullHD screen as the regular version, but without the Leica goodness at the back.

Huawei lost me on terrible customer service on Mate 9 and how they have handled Wechat data on their AI platform. I don’t trust their security or privacy, I don’t believe they do a good job on service and their hardware has virtually no independent d...

If this does not have dual front facing speakers like their Nexus 6p it's Pixel 2 this year for me. Audio performance is so neglected and not saying Pixel will be the end all is all where this demand in concerned but audio over the last 10 years on n...