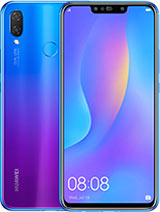 Anonymous, 22 Dec 2021Bought this phone during the launch. 3+ years & still going strong. But no updates for man... moreDefinitely. Especially with the huawei ban there aren't any more Google app updates for any huawei phones and the nova 3i is still running on android 9 and hence doesn't even have basic features such as dark mode. I have this phone myself and it's fantastic but the whole no updates thing makes it annoying sometimes.

Let me fix: this device has glass back and metal frame also 60fps 1080p recording and can play videos up to 2K

trusted, 24 Dec 2021bought huawei nova 3i in mei 2019, everythings great. Fall hard on the ground several times bu... moreAlso, the same happened to my phone after the same duration of usage indeed... 😳

I had my nova 3i, 2018, and i realize the camera become blurry and also video, main camera and selfie camera many people said it all about the last EMUI 10 update camera become terrible and i check camera setting it become also change, im planning to buy another phone but this time not huawei, bcoz i feel bad what happen in evry update phone go suffer and owner suffer bcoz of this kinda update thing instead of become faster and good condition become terrible mistake

bought huawei nova 3i in mei 2019, everythings great. Fall hard on the ground several times but no scratch. Battery last longer than the oppo f1s that I used previously. But this year, Dec 2021 the battery start to swollen and phone easily overheat. Apparently, there are many complains about the battery getting expand after 2 years of use. Now, having regret buying this phone in the first place. Should buy xiaomi phone instead.

Bought this phone during the launch. 3+ years & still going strong. But no updates for many months. Is this a good enough reason to switch to a new phone?.

i have had this phone since 2019 and it works really well. The only thing it lacks is nfc but considering security maybe thats ok. The storage is great and that you can expand it by so much. I take a lot of photos and use my phone to manage a lot of security cameras (have to download footage onto the phone a lot). I am running out of space for apps(not silly shit like tik tok)though so going to get a 256gb micro sd card. Talks to my linux machine fine when i need to drag files off it

Razel Ann , 10 Dec 2021I replace battery because it only last just 2 hours, replace lcd and back cover. I brought thi... moredid you found any problem after replacing the lcd

I have been using thus for past 3yrs, good phone

I replace battery because it only last just 2 hours, replace lcd and back cover. I brought this last Dec. 2018. This phone help me lot related to my work and entertainment. Will buy new one hopefully.

Whats wrong with the network? I have this phone about 3 years, it has good features, but with the network something its just wrong, recently I have switch to another provider, signal is full but internet its on E, and tried another phones they are all 4G. Thats just not right, also the NFC feature is not avaliable, thats minus

thekiterunner, 30 Sep 2021there is no android updation...not satisfied..still having pld android 8 only...SO, new one only 1+It actually supports up to android 9 update

the main camera video isn't true it can do 1080p 60 fps , and the back is made of glass not plastic, also the frame is made of metal not plastic

Anonymous, 15 Oct 2021This is one of the best from Huawei 3years now and still going. Good quality on images from th... moremine is also 3 years but the battery is busted replaced still does not hold charge, phone over heating and apps close randomly good budget phone but work only for 2 years to 3 then need replacement love the color still looks brand new tho

Abf, 06 Nov 2021I bought this phone but i dont know where to.insert second sim. Slot showin.option to.use 1 si... moretake the sim card tray out there is a slot for SD card that same slot u can use for sim card just turn the sim card to the same side as the other sim card bellow link will show how it should look like when put together https://www.noreplied.com/wp-content/uploads/2016/03/umobie-sim-550x348.jpg

I bought this phone but i dont know where to.insert second sim. Slot showin.option to.use 1 sim and SD card only. Can.any one guide

Redgum, 26 Sep 2021Worked great for 2 years, started having problems after that as battery goes from full charge ... moreSame thing happened with mine, i had the battery replaced 7 months ago and it has been working well, until recently the battery problem looks like it's coming back. I'm finally going to change phones on Christmas

i got this phone from my mom and the whole screen was broken and years passed but this phone was still good. I played with 30 fps pubg mobile and it was all good. ff supported high fps i like this phone very much. later on, the phone died i mean not working and i miss it alot. if i could rate it, i would give it a 8/10.

Total of 426 user reviews and opinions for Huawei nova 3i.
ADVERTISEMENTS