Huawei wants to release the first phone with a screen hole, beating Samsung to the finish line. That phone may be the Huawei nova 4, renders of which just hit the net. 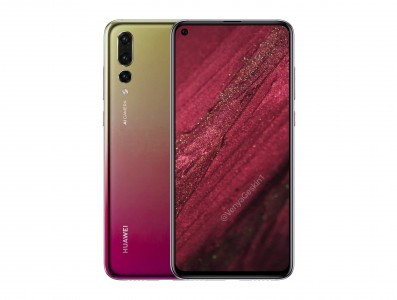 The design of the back is pretty much a P20 Pro. The front features screen with a hole for the selfie camera in the top left corner. This matches the official teaser and the disguised device that was spotted in the wild.

Huawei even live streamed a demo of a prototype device with such a screen hole, which served as the basis of this render. Admittedly, the presenters were very careful not to show the back during the stream.

A prototype shown off by Huawei during Jackson Yee's birthday party

Chances are that the Huawei nova 4 (as well as the Samsung phone) will used BOE-made LCDs, which explains the similarities in the display design and camera hole positioning.

I am really starting to wonder if they copy trade secrets and tech from other companies. It’s like the moment we hear rumours and leaks of new tech from the likes of Samsung and Apple, Huawei announces a new device with the same technology not so lo...

we can comment where ever we want boy! you feel offended hmm, i hope huawei can see how loyal you are maybe they will hire you,and you wanted to know what i think about huawei, well in my opinion they are ok! but they are copy cats :) and i never sa...