The Huawei nova 4e will go official on March 14, and we already know some of its key specifications. Now we also get to see its press images and learn more about its design.

These renders show us that the nova 4e will feature a waterdrop notch display on the front with the triple camera stacked vertically on the back. Below these cameras is an LED flash, and to the right is the fingerprint scanner. 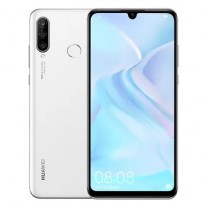 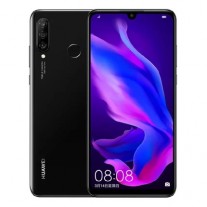 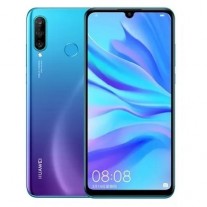 The renders also confirm that the nova 4e will come in at least three colors which will be called Garnet Blue, Magic Night, and Pearl White. However, a leak from last week stated that the blue colored variant would be called Bird Blue so there might still be some uncertainty remaining.

The source also states that the triple camera setup at the back will include 24 MP, 8 MP, and 2 MP units. The 8 MP camera will come with a wide-angle lens whereas the 2 MP camera will be used for depth sensing.

Huawei shared a teaser video earlier this week confirming 32 MP selfie camera on the nova 4e, but other than that it hasn't revealed much about this smartphone.

samsung gonna cost more ,gonna have worse camera than huawei and thats perfect for u

Nova 3e was launched last year . This year they are launching Nova 4e . Its not Huawei trying be Samsung . Its Samsung trying to be Huawei .

Galaxy A50 is much better than this. Faster SoC Great Amoled display. Front camera is less powerful though