Huawei nova 5 confirmed to have a 32 MP selfie camera

Huawei will announce the nova 5 series on Friday, and the company keeps teasing the new devices on its Weibo account. The latest information is that the phone will sport a 32 MP selfie shooter. Interestingly enough, the phone is displayed with a notch, instead of the punch-hole design we saw earlier this month, but we expect the same Samsung GD1 sensor in all the phones. 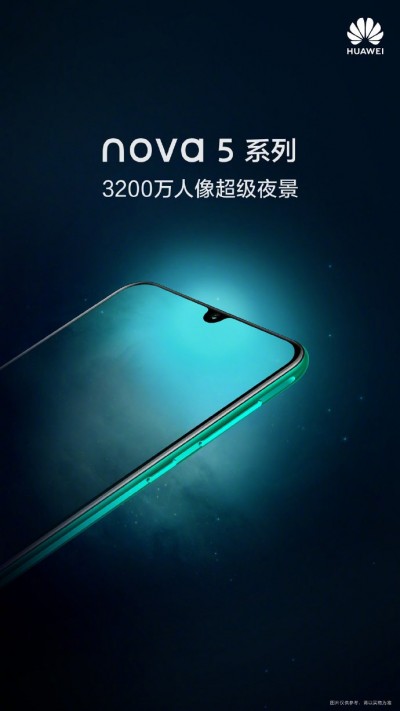 Expectations are the Huawei nova 5i will have a hole on the LCD, while the nova 5 should keep the waterdrop cutout for the front-facing camera. The nova 5 Pro was also envisioned with a teardrop display, while a phone called nova 5i Pro will have a wider notch, similar to the Huawei P20 series. 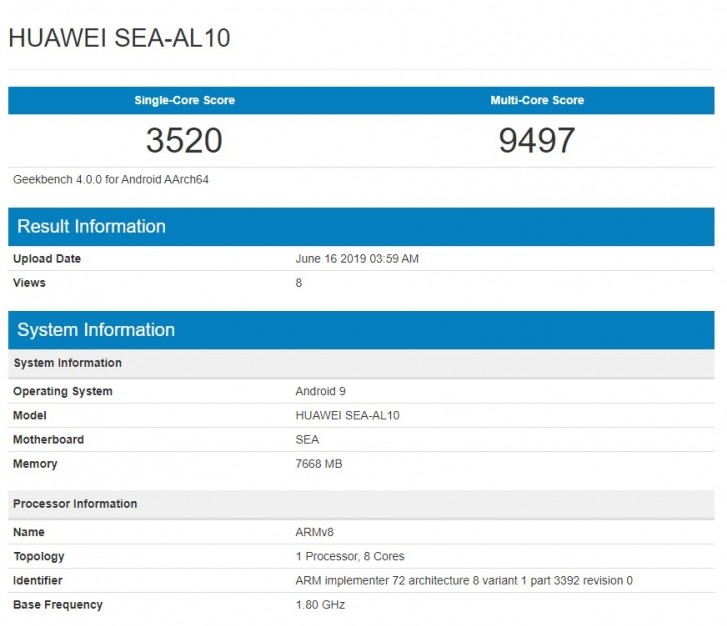 While the nova 5i is expected to have a Kirin 710 chipset, the regular nova 5 should come with Kirin 980. The information is double-confirmed by a Geekbench listing from the phone with a model number SEA-AL10, which is the vanilla version of the nova family. The single-core and multi-core results are quite close to other Kirin 980 smartphones, so this is most likely the real deal.

Its really complicated. In short, the phone will still come out with Android but with no more updates that are getting pushed out to other android devices currently.

Hope they will do the same with the Mate 30 series, the punch hole is disgusting.