Huawei was rumored to expand the nova 7 lineup with the nova 7, nova 7 SE and nova 7 Pro on April 23 and now the company took it to Weibo to confirm announcement.

Huawei's Weibo post also includes a poster having a silhouette of a smartphone with a rectangular camera bump on the back, but it's unclear whether this is the vanilla nova 7, SE or the Pro version. 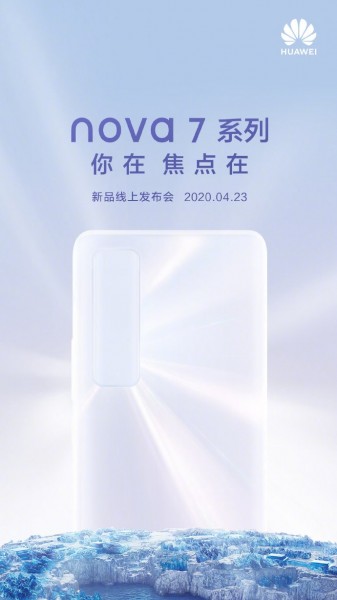 Huawei hasn't revealed any details of the nova 7 trio yet, but from previous leaks, we know the regular nova 7, nova 7 SE and nova 7 Pro will be powered by the Kirin 985, 820 and 990 5G, respectively.

A leaked image also revealed the design and color options of the nova 7 series and a few specs like 5G support, dual front cameras and 50x zoom. 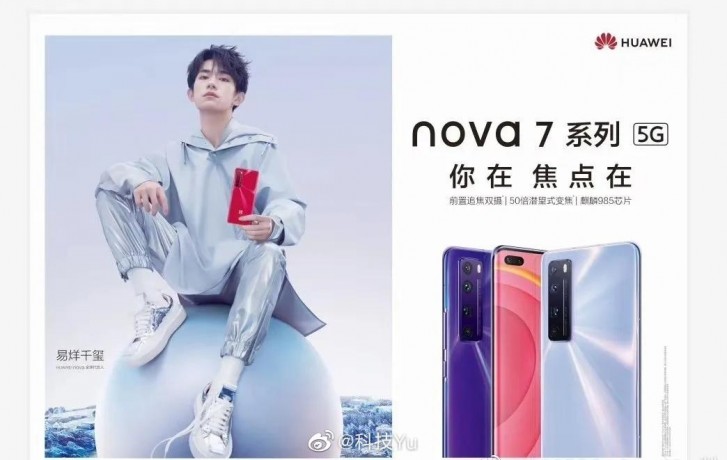 More details about the nova 7 series are likely to surface in the days leading to the official announcement.

I hope these are cheaper than honor 30.