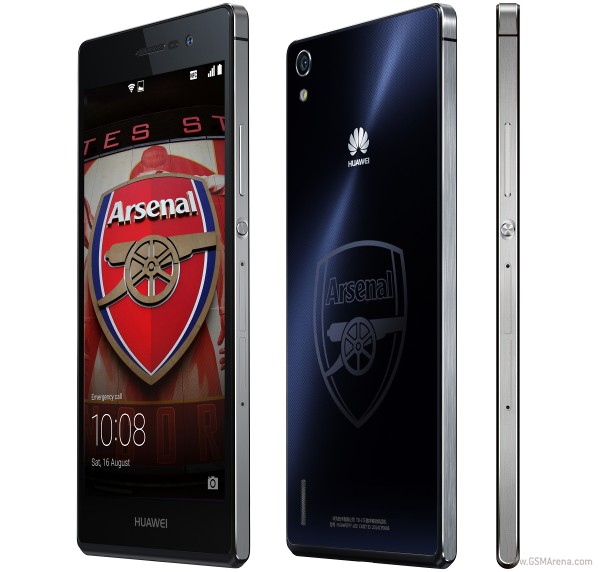 The Ascend P7 Arsenal Edition features the Arsenal logo mounted on the rear cover of the P7, alongside a wide range of Arsenal-based themes and menus. The integrated clock widget is even based on the famous Arsenal Clock End.

The special edition device is also set to come preloaded with FIFA 14 to take care of your football gaming needs. Huawei representative Richard Ren promised a few more surprises for Arsenal fans for the coming season, so be sure to check back with us often for more on the Huawei-Arsenal partnership.

For our take on the ultra-thin Huawei Ascend P7, check out our comprehensive review.