Depending on the market, you will also get a branded silicone case. The only model version without this in the bundle is the LX1, the one we got to review.

The Huawei P10 Lite didn't get to use the premium finish of the original P10. It's more akin to the P8 Lite and P9 Lite, but does well to improve the looks and handling. 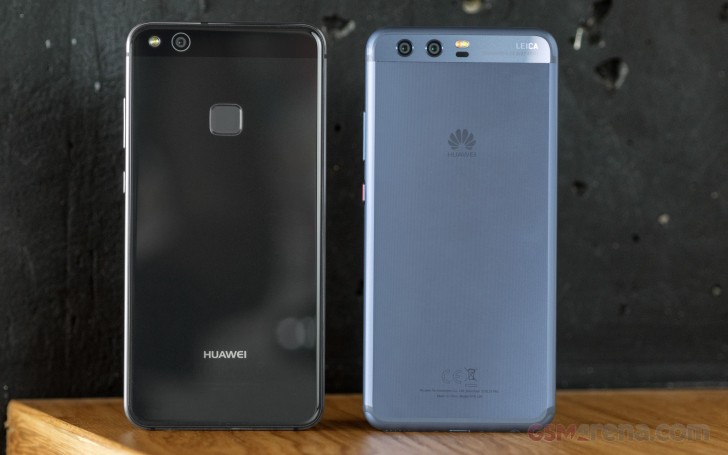 The P10 Lite is another great specimen of the dual-glass design. The metal frame tying the two sheets of glass has a matte finish that helps a more secure grip. The antenna strips seem to blend nicely with the glass and you can barely notice the subtle marks on the frame.

The differently colored band along the top part of the back panel where the camera lies is something you'll spot right away but we don't know if Huawei used it as an accent or was forced to use a less interference-prone material. It looks a little weird on the black model, but works far better with the lighter paint jobs. 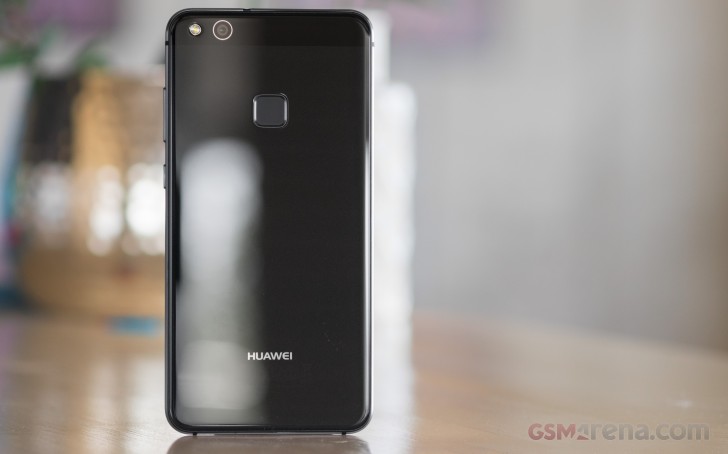 The Huawei P10 Lite is keeping the fingerprint sensor on the back, as was the case with the Honor 8 and P9. It has a squarish shape and is always on. The P8 Lite (2017), also known as Honor 8 Lite looks the same as the P10 Lite but the sensor shape there is round - in line with the Honor 8 design. And that's the single visible difference you would notice between the P10 Lite and its alternatives.

Of course, if you dig deeper, you will spot a few other specs differences under the hood but these are still really minor.

For a reasonably priced smartphone, the Huawei P10 Lite is pretty good-looking and the build quality is commendable. We would have appreciated some Gorilla Glass instead of whatever Huawei has chosen to use, but we are happy with the whole package nonetheless. 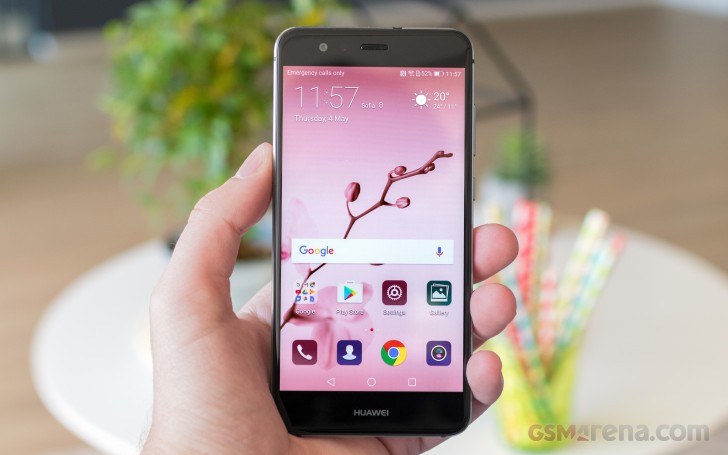 Using so much glass on the body, the P10 Lite we expected it to be slippery, but the matte brush on the frame makes for a pretty secure grip, be it if taking pictures or browsing any kind of content. Everything but the chassis is prone to fingerprints though, and you could either get the lighter Pearl White, Sapphire Blue, or Platinum Gold paintjobs to tone down the smudges, or brace yourself for some frequent cleaning of the otherwise stunning Midnight Black option.

The Huawei P10 Lite's layout of controls is Android smartphone 101. The 5.2" display occupies most of the front, with the selfie camera and the earpiece being the most notable features at the top. A bunch of sensors and a notification LED are also around, but almost invisible to the naked eye on the black model.

The front of the P10 Lite

The hybrid slot is on the left side of the P10 and it can either take two nano-SIM cards, or a SIM and a microSD. The volume rocker and the nicely textured power/lock key are on the right.

The top of the P10 Lite has the audio jack and the secondary microphone. The pinhole for the primary mic is at the bottom, near the microUSB port. The loudspeaker grille is also at the bottom.

Finally, the 12MP camera is in the top left rear corner, a single LED flash next to the lens.

The fingerprint scanner is the last thing of interest in the P10 Lite and Huawei chose to keep it at the back. It is always-on, fast, and very accurate.