Huawei has made the P20 Lite official before its higher-end siblings, the P20 and P20 Pro, which will both be revealed at an event on March 27 in Paris. In the meantime we've seen a constant wave of leaks regarding these devices, and here's the latest one.

A P20 dummy unit has been handled for a short photo shoot. In the first image below it's compared to a real life P20 Lite - specifically, a nova 3e, which is that model's Chinese branding. The second shot gives us yet another view of the P20's back with its dual cameras, boasting a new design for Huawei's top of the line smartphones. 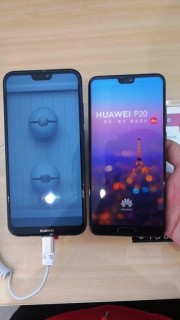 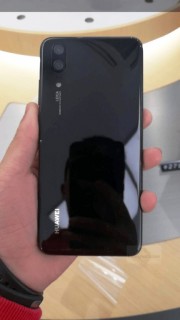 Huawei P20 dummy next to the P20 Lite (left), on its own showcasing the rear (right)

bruh for real I been thinking about that ? are those really pokeballs ?

Are those Pokeballs on the screen of P20 lite ?