The technology isn't there yet. That's our conclusion from the Huawei Mate RS Porsche Design, which is a better P20 Pro. Sure, that "Porsche Design" logo accounts for part of the 1,695 price tag, but there're also some extra goodies included to make up for the 800 price difference with the Pro. 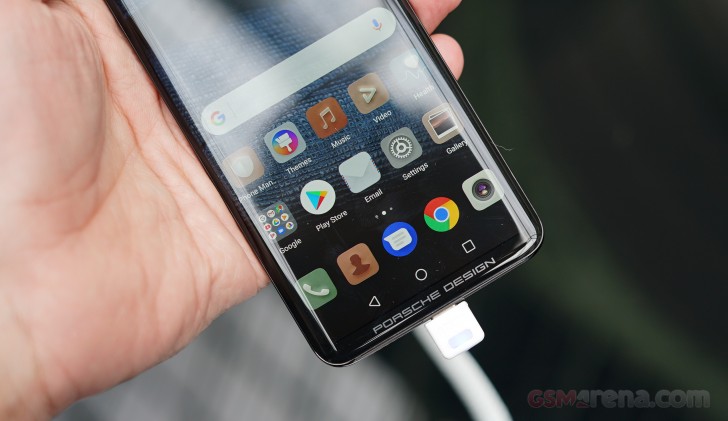 We have mixed feelings about notches, but many consumers don't care for them much. So, here's a 6" 18:9 screen without a notch. It's a tad smaller than the P20 Pro screen, exactly one notched screen line that just holds status icons. Not a huge loss.

And it's a curved AMOLED screen, which again is up for debate - some love it, others don't. Still, tens of millions of Galaxy S users can't be wrong. Also, Porsche Design touted the beauty of symmetry and we have to agree. The P20 phones are asymmetrical, first because of the notch and second because of the bottom chin.

And here's the thing - the Mate RS is slightly shorter and slightly narrower than the P20 Pro. The bezel allows for a thinner top bezel at the cost of a compromised status bar. It's not like the Pro can fit meaningfully more content on its screen compared to the RS.

While we're on the topic of the screen, we shouldn't neglect the fingerprint reader hiding underneath it. It's not the first of its kind, but it's a pretty unique feature. Which leads us to believe these displays can't be built at scale (at least not at the right price), otherwise the P20 phones would have them too.

We like that Huawei included a second fingerprint reader on the back of the Mate RS Porsche Design. You can use either one, whichever happens to be more convenient at the moment. A fingerprint reader costs a few bucks at the factory, so it can't hurt the final price much.

Speaking of price, we guess that the 256 GB built-in memory does cost more than most phones pay for their internal storage. Here might be a good place to object to the 400 cost of doubling that to 512 GB. We get that this is a "money is no object" handset, but still.

We do wish that the Huawei Mate RS was priced closer to the P20 Pro. We like its symmetrical design (down to centered triple camera), we like the curved AMOLED screen and the fingerprint reader below it, we like all the excellent features from the Pro model too.

Whatever the bottleneck is to bringing the cost down, we hope that Huawei resolves it in a few months time and the new Mate adopts the RS design. Because it really sets the bar high for what it means to be a flagship smartphone in 2018.

Huawei P20 and P20 Pro will probably go down in history for two things - the Leica Triple Camera and the Twilight color option.

We are just a bit worried about the lack of that triple-camera on the regular P20, which is not that much smaller than the P20 Pro, yet it omits the headline feature. The pricing seems to be making up for this, though, so we could probably argue the P20 is actually more for those looking for a solid camera without breaking the bank. 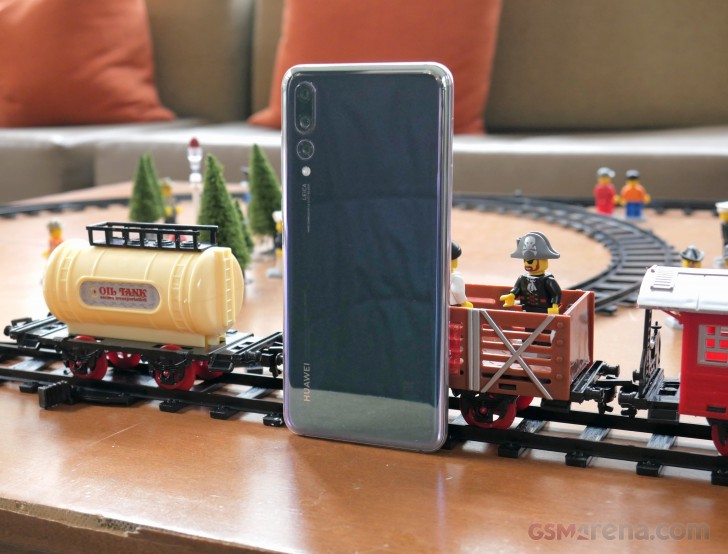 We are glad Huawei sprung into action and brought us two of the hottest flagships this season. The Mate RS was probably hotter still, but its price means it will always remain a niche product. It doesn't make it any less exciting, though.