The P30 Pro may be the star of the show, but let's not ignore the non-Pro P30 - the slightly down-specced model in Huawei's just-announced P-series roster. While we had the P30 Pro for an extended time (you can't have missed the review), the P30 we only managed to snatch for a brief hands-on, so here it goes. 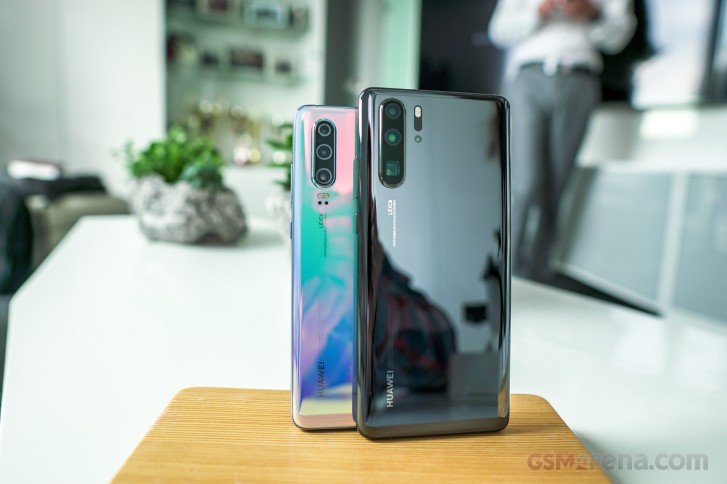 Okay, not so fast, let's first go over the specs real quick. The P30 has a smaller display than the Pro, but it's AMOLED nonetheless. It's got a conventional earpiece as opposed to the acoustic screen of the Pro, and while not necessarily directly related - it drops the IP rating from IP68 to IP53.

The camera setup is also not quite up to the Pro standard. The main unit is still 40MP, but it's got a dimmer lens here and it's also not stabilized. Gone is the 5x periscope telephoto, replaced by the conventional 3x 80mm one that was also on the Mate 20 Pro (so there still are Pro bits in the P30). The ultra wide angle cam isn't Pro though - it's the 16MP 17mm one from the Mate 20, as opposed to the 20MP 16mm one on the P30 Pro/Mate 20 Pro. No ToF camera on the P30 either, but there's the laser instead.

Other changes include a slightly smaller battery (3,650mAh vs. 4,200mAh) plus the omission of the 40W charging system - the P30 only gets the 22.5W SuperCharge. Not only that, but there's also no wireless charging.

The P30 has the under-display fingerprint sensor too, the Kirin 980 top-tier chipset ticks inside, and has RAM and storage options like Pro - no differences here. 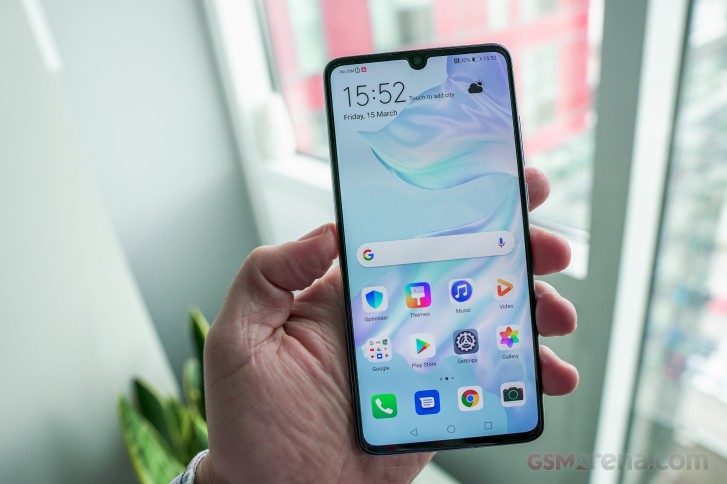 Okay, with the hardware differences mostly sorted out, let's proceed to the hands-on area.

Just noticed, second photo in samples with a cup is not telephoto camera. It's a digital zoom from main camera. Wonder if it's deciding for me what camera to use? As this 3x and 5x photo looks pretty bad, very pixelated. But 3 rest of photos are take...

Very nice what is the praise