Huawei is currently rolling out a software update for the P30 Pro that's focused on improving the image quality of its camera.

The firmware, some 316MB in size, is said to improve photo quality and make colors appear more natural and authentic. Looking at some before and after shots it's clear that Huawei has also tweaked the color temperature and the HDR algorithm somewhat. Contrast appears reduced too for a more realistic look. 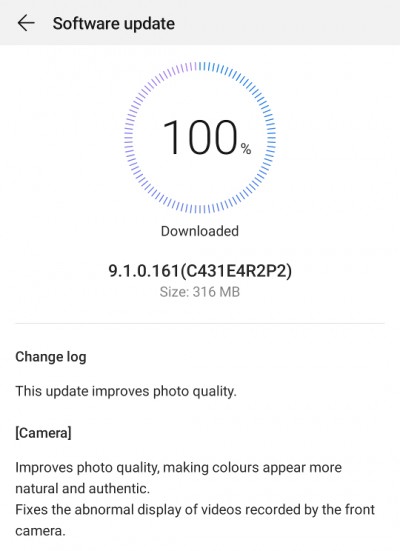 The update (9.1.0.161) also fixes an issue with selfie videos and lockscreen notifications when you're using a dynamic wallpaper.

As with most updates, this one is rolling out gradually and may take a while before it reaches your region. But at least it's clear that Huawei's focus on delivering software updates to existing devices hasn't faltered in light of the maker's struggles.

After updating into EMUI 12 am facing... Selfie camera picture not clear & portrait photo not getting blur at all. Rear Portrait mode not getting proper blur. I have opened back part and cleaned camera lense but not solved my proble...

same with audio, now is horrible