Huawei is launching the P40 and P40 Pro this coming March without Google services, according to Richard Yu himself, the head of the company's consumer business group.

If you were wondering what to expect from these handsets, design-wise, we now have our first glimpse at them, courtesy of the leaked renders below. They're less detailed than the usual CAD-based creations we've seen of other phones in the past, but they'll make do for now. 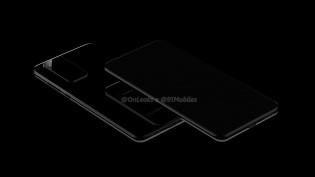 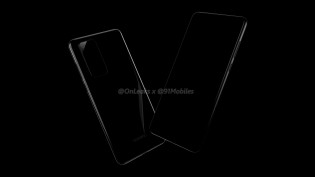 As you can see, the design of the rear camera islands looks really familiar, and that's because we've already seen it on the Samsung Galaxy A51 and A71, the vivo V17, as well as leaked renders depicting Samsung's Galaxy S11 family, not to mention the rumored S10 Lite and Note10 Lite. So the rectangle at the top left of the rear seems to be the prevailing trend of 2020, you might as well get used to it.

The exact shape of the rectangle may differ, but the overall idea is the same. Apparently a lot of smartphone makers have settled on this being the best way of fitting a large number of sensors in as small an area as possible. 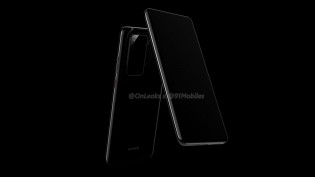 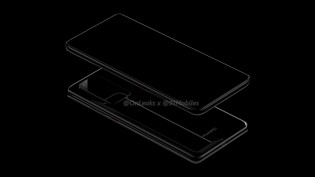 The P40 is expected to have four cameras on the back. The flagship model should benefit from a penta-camera setup on the rear, with a 64 MP Sony IMX686 primary sensor with OIS, a 20 MP ultrawide snapper, a 12 MP periscope telephoto, a dedicated macro camera, and a ToF 3D camera. The P40 is said to sport a flat display with a size of 6.1" or 6.2".

The P40 Pro, on the other hand will go with a 'waterfall' type screen that curves on all four sides, measuring 6.5" to 6.7". The metal frame has a new design at the corner areas, perhaps to protect a huge pain point from breaking - the corners of such a curved screen are more prone to that than other parts. 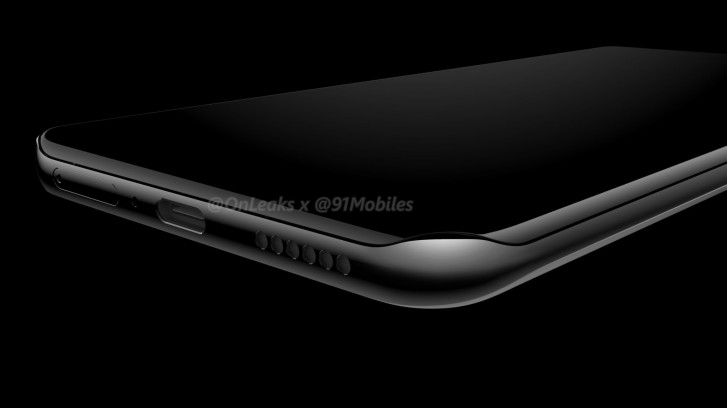 Both phones are expected to have a busy bottom side, with a USB-C port, SIM card tray, and speaker grille all there. The power and volume buttons are on the right, and there's no 3.5mm headphone jack in sight anywhere.

While these preliminary renders don't tell us if the screens will have punch-holes or notches, the P40 and P40 Pro will definitely not employ pop-up selfie cameras. Both displays will be OLED and house embedded fingerprint sensors. The P40 Pro's has previously been rumored to have a 120Hz refresh rate, Quad HD+ resolution, and a screen-to-body ratio of 98%.

The P40 Pro could have a 5,500 mAh battery going by some past mumblings, with 50W fast charging support. It will be powered by the Kirin 990 SoC, with 5G. Android 10 will be powering the EMUI 10 experience, but it will be devoid of any Google apps and services.

huawei been running fhd for like a decade, I doubt it

Razor phones do that