Huawei P40 and P40 Pro will be unveiled in Paris in March, no Google on board

Huawei announced that it will unveil its next flagship in Paris at the end of March next year. The phone will run the Android 10-based EMUI 10 coupled with Huawei Mobile Services – no Google on board. This comes straight from Richard Yu, the head of Huawei’s consumer division.

He promised a never before seen design as well as advancements in camera image quality, chipset performance and battery life. Those typically the highlights of the company’s flagships, though performance shouldn’t be a surprise. We expect that the Huawei P40 and P40 Pro will ship with the Kirin 990 5G chipset – the Kirin 1020 should come out with the Mate 40.

The phones will be distributed through the usual channels – carriers and stores – the only thing that will be different from the P30 generation is the lack of Google apps, replaced by Huawei’s alternatives. 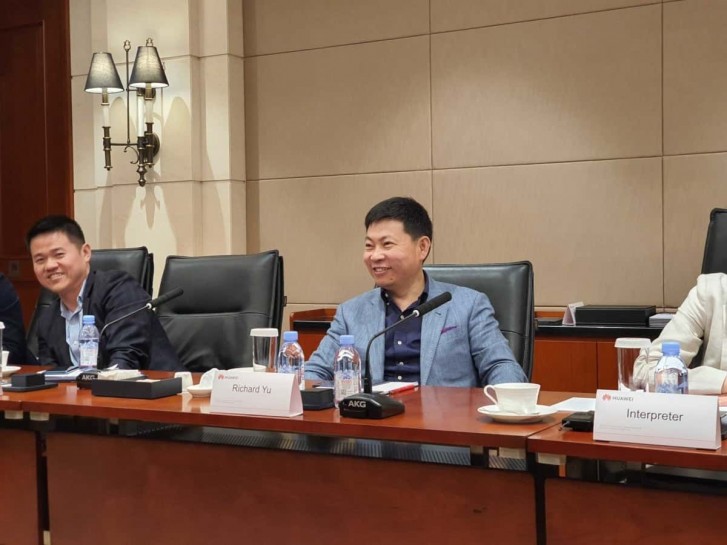 The Mate 30 Pro and Huawei Mobile Services made their way to Europe in a limited capacity. Now Huawei has several months to lure app developers in to ensure that the high profile apps are available in the company’s alternative app store.

As for HarmonyOS, Huawei’s in-house OS, that’s not coming to phones yet. Huawei recently reaffirmed its commitment to using Android to power its smartphones, but plans to Harmony in more smart devices (smart TVs, watches, speakers and so on).

I live in Polad where everyone uses Google, IOS, I use Mate 30 Pro and I'm happy despite the lack of some applications.

Very true... usa is the only one who's suffer. & is obviously gonna try make none Google, android users suffer. Hence why Google's trynna get back in Huawei's good books, to no success as yet. Fingers crossed for the usa.

The best fone ever i have the p smart no 1