It looks like Huawei might release the unannounced P8 Lite after all. The mid-range sibling of Huawei P8 and P8max appeared for pre-order in Germany with €249 price tag. 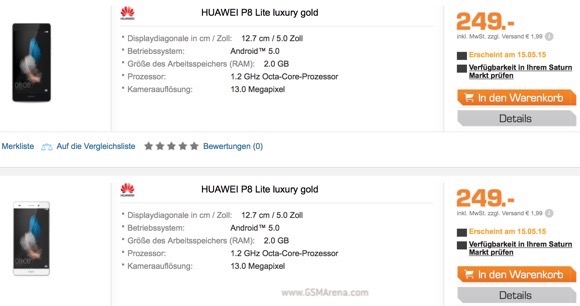 The smartphone is available to order in black and silver/gold color scheme. According to the retail listing, the Huawei P8 Lite will begin shipping to customers on May 15. 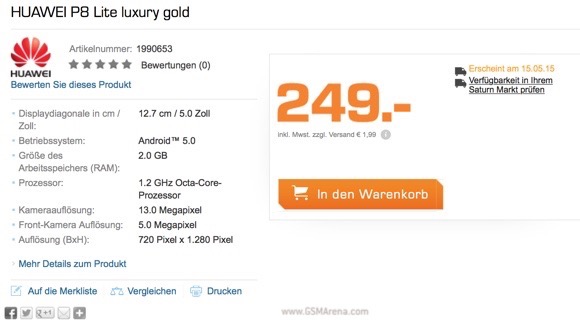 As its name suggests, Huawei P8 Lite is a toned down version of the recently announced P8 flagship. Its specs include 5” 720p IPS display, Kirin 620 SoC with octa-core CPU, 2GB of RAM, 13MP main camera, and 5MP front-facing unit,

Zenfone has a low quality camera .

I still think decision to buy Ascend P7 was great, if onyl they'd updated the god damn software sometime in this century...