This is where this review gets even more interesting - the Huawei P9 camera is loaded with innovation - it was co-designed with Leica and the renowned camera maker helped create something unique. 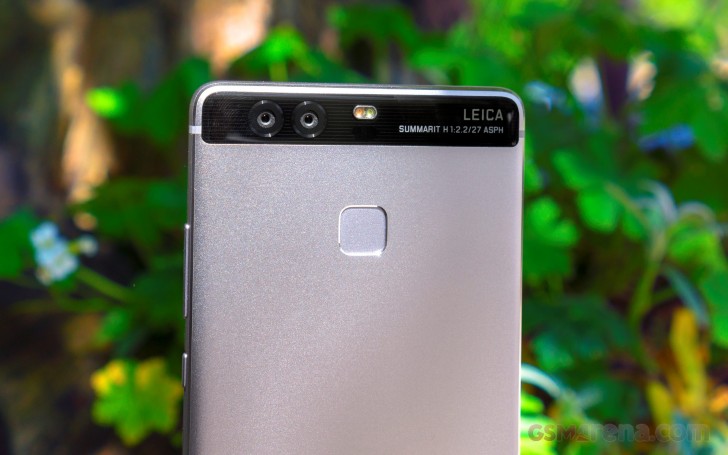 The Huawei P9 features two 12MP sensors, one is fairly standard and captures color photographs while the other is only monochrome (black & white). The latter lacks a Bayer filter which is used in color cameras. This has enabled the monochrome sensor to capture (up to 3x) more light and so it should fare better in low-light photography.

Leica also designed three shooting (film) modes for the color sensor - Standard, Vivid Colors and Smooth Color, which promise to recreate the Leica film camera experience (you even get a Leica shutter sound). The Standard one is, well, the regular color mode: Vivid dials up the colors; while Smooth is somewhere in between. The camera samples explain these best:

Besides these three special color modes, the P9 can also shoot in monochrome. This is true monochrome too, not just desaturated color photos like all other smartphones shoot. The captured detail is amazing, as is the dynamic range. We were impressed with these samples and with the right subject (of which London had plenty), the 12MP monochrome camera can take some amazing shots.

The 12MP photos shot by the monochrome camera look the part

As we said, the Vivid and Smooth modes play with the color saturation a lot - the Vivid boosts all colors, while the Smooth option is a bit gentler. You can use those modes while shooting panoramic shots or capturing videos, too.

The best idea to illustrate the difference is to show you some samples. While the Vivid and Smooth modes distort the colors, and often increase the contrast thus lowering the dynamic range, they can potentially bring life quite a few otherwise darb pictures.

And here is another scene.

This second camera is used for more than just the occasional dramatic B&W shot, though. It has superior low-light performance, as the lack of an RGB filter on top of the sensor has allowed for a F-stop or more worth of extra light to be captured for the same scenes.

Additionally, the two sensors allow the the distance to the subjects to be caluclated precisely, which is part of Huawei's Hybrid autofocus (which also includes Laser AF). And since the camera creates a depth map of the scene anyway, it can also leverage this information to recreate a high-quality optical background defocus effect (bokeh).

You can adjust the strength of the blur

The Huawei P9 is the first to offer a live bokeh preview (usually, phones render it after the fact, which takes a few seconds). You can even change the focus point after the fact.

The Huawei camera app offers manual mode, which has RAW shooting, manual focus, shutter speed and ISO and a few other options. The Pro camera interface is very comfortable, but only if you know how to use it.

There are no marks to suggest that, but all the camera options are hidden in menus you can bring by swiping up or down from the screen (assuming you hold the camera in landscape mode). This may be confusing at first but you quickly get used to it.

Even more confusing at first, the Light Painting mode has four additional sub-modes - tail light trails, light graffiti, silky water, star track. Whatever the scene, your P9 will first take a picture with the proper exposure settings and then it will capture the light trails of either cars, stars, water or other moving objects. After you finish capturing those, the light trails will be automatically added to your picture. This process produces some stunning results as long as you keep the camera perfectly still while shooting - on a tripod or similar.

The Night Shot is a long exposure shot (up to 30s) taken at 8MP resolution. It requires a support just like you would with a normal digicam. The amazing thing is that the phone shows you a live preview how the exposure changes with every passing second. You can stop the process anytime when you decide you've captured enough light trails, or light from the buildings in front of you. It's really easy and requires no additional photographic knowledge or tweaking of manual settings - it's just frame your shot on support, start shooting, and then stop shooting as soon as you're satisfied with your photo.

You can snap low-light photos with the monochrome camera, too, though her you need to tweak the manual settings to get it right.

Even if you are not using the dedicated low-light modes, you can still capture some great shots with the auto mode. Check those dusk samples we snapped.

We have to admit Huawei offers one of the best low-light photography skills on its flagship phones since the P8 and it's one of those camera we'd pick for low-light shots in a heartbeat. While confusing at first, Huawei's take on the interface and capturing process is amog most intuitive and user-friendly we've tried so far.