Mere hours before announcement, the Huawei P9 showed up one last time unofficially, in black on this occasion.

Unlike early leaks, this new image now features the Leica branding on the dual camera on the back of the device. The collaboration between the two companies was announced a couple of months ago and last week it was confirmed that the P9 will already reap the benefits. 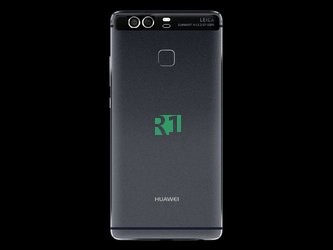 The shape of the fingerprint sensor has also been finalized to a rectangle with rounded corners. The circular design we saw earlier may have been an abandoned prototype, or might be used on the P9 Max. Whatever the case, we'll certainly know more later today.

huawei is always thief iPhone and LG idea but i hate this phone.

You do not need ois if you already have a good camera... most sony phones do not have ois and still able to deliver I think Huawei also make sure that their camera will be a good one

No ois. What a let down.