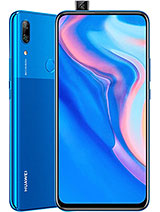 I just got this phone for free. It had broken screen. But it worked. And I decided to fix it. Bought a new screen with housing (big mistake - this one is easier to change just screen). BUT! The screen NOW is awesome. I had P30 PRO but gave it to my wife because I couldn't write messages (big thumbs and curved edge of screen don't go together). And this masterpiece now is way better to handle with then P30 PRO. But it is big, too big.

Dusty Robot, 13 Jul 2021@paparesta First,I respectfully disagree with all what you said about the P Smart Z. This is ... moreSame here, been using it since summer 2019. and still is my trusty companion.

paparesta, 25 Jun 2021 Very bad phone, it is very heavy , it lags every time, it even lags when making video call... more@paparesta First,I respectfully disagree with all what you said about the P Smart Z.
This is a 2 year old model and I have been using it since
June 2019 and now my fiancé is using it and it is working like a charm. One thing : OK, it's heavy but it's the battery that makes the major of the weight.
Of course you can't play PUBG or CoD {Asphalt 9 ; NFS etc...} because it uses a SoC that's almost 3 years old, it lakes RAM for a task like that, and the screen, although being an LCD panel, it's a quite good one. Al this what I'm trying to say is that the Huawei P Smart Z is a budget phone, with a price at the moment around 180€ - when it was introduced, the price was around 250€.
For the money that you'd spend now on this model, I asure you that you're not going to be able to find anywhere new & good, solid build and reliable phone like P Smart Z is.

Very bad phone, it is very heavy , it lags every time, it even lags when making video call on messenger or whats app , it is impossible to play cod or pubg in normal quality , it heats up quickly and as result frame drops and even game crashes after all.
I am saying this as person who changes phones every month and sell more than 50 phones every month .
never buy anything which runs Kirin 710F or Kirin 710 , this chips are so old and weak that normal use of smartphone is impossible.
Display brightness is very low, cannot see anything or watch in daylight

Used this phone for a year, my current Realme 6 for 180$ destroys this phone im every way imaginable.

The only phone that gives me problems with touchscreen and display already 2 times. Never more!

Conectarenet, 15 Mar 2021Fictive Hotspot on 5Ghz band. Problem with fullscreen YouTube, nor remain in the full screen. ... moreKeep your phone a little further away for macro photos! V. good camera for a price of about 145 euros!

I have used all kinds of smartphones, very expensive and cheap smartphones. I still take this very cheap Huawei model because it works smoothly even after years of use! The front camera is hidden and does not interfere! The screen is large and the battery lasts for a very long time! The camera is good considering the price of the phone, about 145 euros! With this phone, internet sharing is a high speed and stable, sometimes better than some expensive phone models!

I thought about buying a P Smart Z, which are still sold in stores, but.... burning the money and my current phone instead, seems a lot smarter.

That GPU turbo is actually noticeable in terms of performance, and the "performance mode" actually increases the fps of games greatly. Camera is good for the price, and it has a big variety of modes. Screen is gorgeous (yeah, it's an LCD but it's Huawei's) and the battery is great. I don't see a mains problem with the phone, since I expected mid-range performance.
But if you wanna save some money, you can get a Honor 10 lite. Same processor, one gb ram less, smaller battery - screen, no popup camera.

Anonymous, 05 May 2019Who cares about type c? If it is fast charging then there is no problem, and doesnt matter if ... moreTry with some fast Charger, I charge it with Samsung fast charger for A 71 and from 0 to 100 % need about 70 minute.