Huawei has been rumored to bring an inward folding smartphone with UTG glass and stylus for some time. Now, we have a patent from CNIPA (China National Intellectual Property Administration) which gives us a look at the possible Mate X2 through several renders that reveal an interesting sub-display strip next to the main panel as well as a stylus. 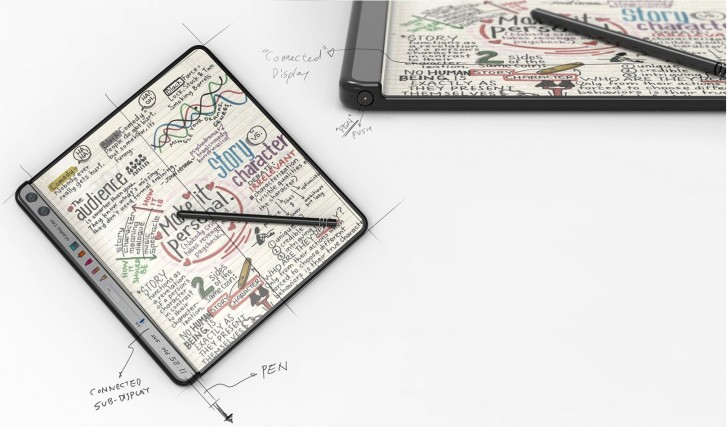 The patents refer to it as a “connected sub-display” which will bring contextual menus and additional app information. It will also house the two front-facing selfie cams while the back of the phone comes with four additional camera modules. It looks like the small display panel will be raised from the main screen while its bottom will house a stylus. If this patent does make its way to Huawei’s production lines, it would be the first foldable with a stylus. It remains to be seen what else Huawei has in store with its foldable phone ambitions.

Huawei needs to improve on their existing design.

Sammy was right with the inward fold and Huawei simply couldn't deliver with the Mate X & Xs but this.. This looks really nice. Especially with a big uninterrupted outside display because the cams are to the side

I'm pretty sure there will be a display on the outside