Huawei quietly put out an S version of its super-thin Ascend P6 smartphone. The Huawei Ascend P6 S is 0.3 thicker, but still only goes as high as 6.5mm, though it has the same battery capacity of 2,000mAh. 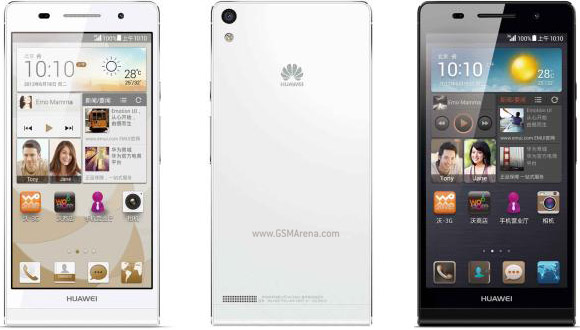 The chipset has been bumped up a bit and now features a quad-core 1.6GHz processor (up from 1.5GHz). It’s not clear if it’s Huawei’s own chipset again, but there’s no LTE support either way. It’s a dual-SIM, dual-standby phone, the original P6 had a dual-SIM option.

The rest of the specs are identical - 4.7” LCD with 720p resolution (the display works with gloves), 2GB RAM, 16GB storage, 8MP main camera and a 5MP front-facing camera.

The Ascend P6 S runs Android 4.2 Jelly Bean with Emotion UI 2.0 on top. The phone is currently available on Vmall (Huawei’s own web store) and is available only on China Unicom.

Thanks to Prime leak for sending this in!

SO i shouldn't buy it? Advice

this is only for China. Cant wait for the updated international version with new GPU - MALI 450MP4