Today Huawei has introduced a new addition to its own processor family. The Huawei Kirin 620 system-on-a-chip is definitely not a top of the line chipset, but is nonetheless a solid performer, designed for mid-ranged devices. The CPU has a 64-bit architecture and comes with 8 cores, clocked at 1.2GHz. 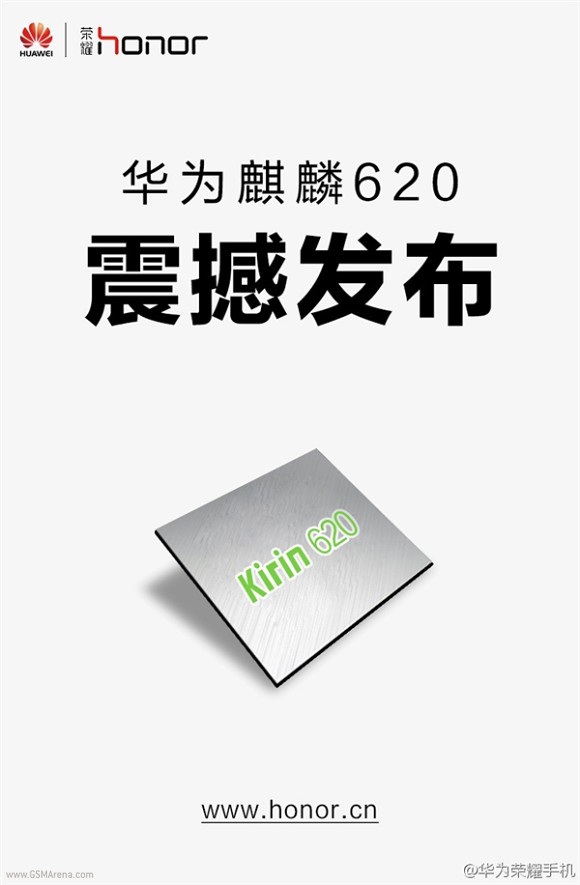 It is a 28nm chip, based on the Cortex-A53 with LPDDR3 RAM support. As far as connectivity goes, it will offer GSM / TD-SCDMA / WCDMA / TD-LTE /LTE FDD support, as well as Cat. 4 LTE for speeds up to 150Mbps. The GPU used is a Mali450 MP4, which is a little dated. Camera support is limited to a 13MP sensor, while video encoding and decoding capabilities can handle up to 1080p resolutions at 30Hz.

All in all, Huawei's new Kirin 620 is set to be a fairly mid-level SoC, with performance comparable to that of Qualcomms Snapdragon 410. Both are 64-bit chips with a clock speed of 1.2GHz, but the Kirin 620 has the advantage of having 8 cores. Not that this necessarily translates to better real world performance, especially in an Android handset, but one would assume so.

The Mali 450 GPU could potentially be a drawback in the long run, but for the time being, Huawei seems to have a solid market share contender.

We are yet to hear about new Huawei smartphones using the Kirin 620 chipset.

does this support volte?

I have the Huawei Y6II (Honor Holly 3) smartphone with this chipset and it seems OK and a bit snappy. Performance in games is ok and better than my last device. I don't find the Mali-450MP4 is a really bad GPU because I have this GPU in my tablet as ...