Huawei has been extensively using the number 7 in its teasers for the upcoming IFA event. The latest one is dubbed "7 Mates For 7 Dreamers," a not so subtle hint at the upcoming Huawei Ascend Mate 7.

You can just about see the metal back of the device in the hands of the "mixologist + artist" though he hides the fingerprint sensor with his hand. 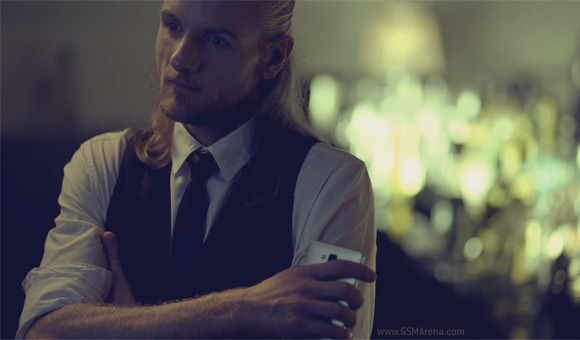 From a previous teaser we've seen that the new phablet will also feature Cat. 6 LTE connectivity and a beefy chipset, the Kirin 920. From TENAA we get all the other specs – a 6" 1080p screen, 13MP / 1080p camera, Android 4.4 KitKat with Emotion UI.

Here's the video. It features a number of other devices including a smartband, a Bluetooth headset (the TalkBand B1 most likely) and a tablet though they don't seem like new devices.

There is a mid-range Huawei device, also with a fingerprint sensor, in the rumor mill though we didn't spot it in the ad (which takes great care to conceal the devices as much as possible).

LMAO, you say they are durable yet you only use them for 6 months? Anyone i know who has ever bought a huawei loved it at the beginning but they suddenly stopped working, shoddy brand at best. Not to mention this phone is a blatant copy of HTC One Ma...

It is true Note 4 Killer with same size but bigger screen and half price ! :)

Me too!. I agree it is THE TOP PHONE right now.