Huawei is set to unveil its next phablet on September 2 at IFA in Berlin. And although there's still some confusion as to what it will be called (Mate 7S or just Mate S), it's clear that it's going to be a very important device for the Chinese company.

Today Huawei head honcho Richard Yu has started a countdown of sorts on his official Weibo account, alongside which he posted what we can only assume is the first of a series of teaser images. 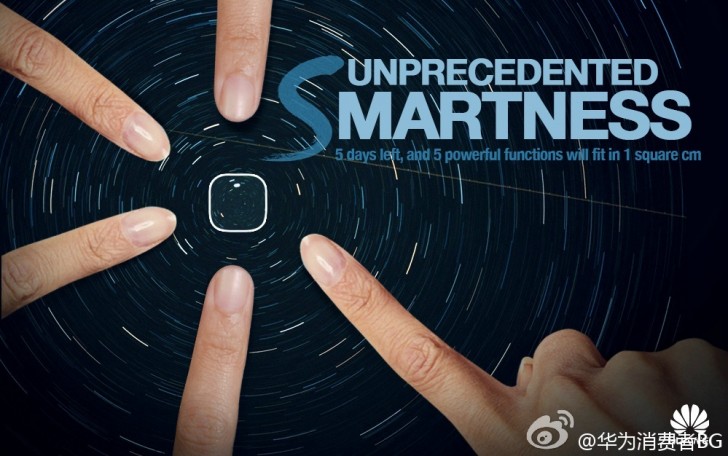 So since at this point we're five days away from the event, we're told that the Mate 7S will come with a five-function fingerprint scanner. All of these things will fit in its 1 square cm footprint.

One of those is obvious (unlocking the phone), but for the other features we're left guessing. Mobile payments could be one function, while using the sensor to lock certain content (such as images, videos, even contacts and messages) might be another. We'll find out for sure next week.

honor 7 features. looks the same too.