In Beijing earlier this week, Huawei unveiled its latest Android device and it promises to be one of their 'sexiest' smartphones yet. The Vision is a stylish droid that fits in at the upper end of the Huawei's smartphone portfolio and has a promising spec sheet that matches its sophisticated image.

The Vision will come running Gingerbread 2.3 and totes a 3D carousel UI, which is in fact a modified version of SPB's Shell 3D launcher. The device's construction consists of an aluminum alloy uni-body which measures just 9.9mm thick at its thinnest point and weighs in at a reasonable 121g. It uses a 3.7" capacitive display on the front and a 5MP camera with a single LED flash on the back, capable of 720p HD video recording. 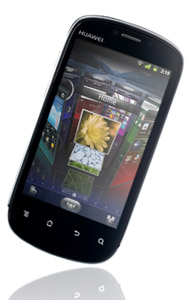 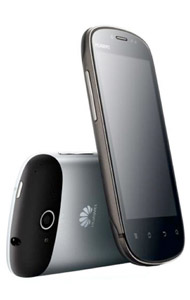 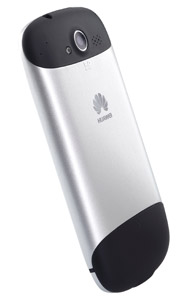 Hardware is certainly capable with a single-core 1GHz MSM 8255-1 Snapdragon chipset, 512MB of RAM, 2GB of ROM, Bluetooth 2.1 with A2DP support, WiFi 802.11 b/g/n, a microSD slot that can take cards up to 32GB, a microUSB 2.0 port, a 1400mAh battery, A-GPS, an FM radio, a proximity and brightness sensor and customisable back covers available in charcoal, silver or rose gold.

So there are a few omissions that need to be cleared up like 3G connectivity and screen resolution, but all in all it's a device not to be sniffed at with looks akin to an HTC Legend crossed with a Nexus S and hardware similar to that of the Samsung Galaxy S, a competent device that aims higher than some of it's brand siblings for sure. If you're interested by the Huawei Vision it's coming to 'selected markets' in September of this year.

i like this phone, and will buy it if it availabe before October.2011.

This seams like a good modell, with good spec and very nice shell. I wonder about the price???

I have Videos X5 for over a month and I can confirm that it is flawless. No problems at all. I bought it for 199 euros. VIsion has better build quality if it comes at the same price it will be great. I believe that Huawei will be 1 of the biggest pla...