Huawei Watch 2 rumored to arrive next month with cellular connectivity

At its press conference on February 26 at MWC in Barcelona, Huawei might unveil more than just the oft-rumored P10. It turns out that we could see a new smartwatch from the company becoming official at the same time (although such plans may still change).

The Huawei Watch 2 would thus be outed almost exactly two years after the original, which was first introduced to the world on March 1, 2015. According to a new rumor, the second generation of Huawei's wearable will come with a "sportier" look than the first one, whatever that may mean. 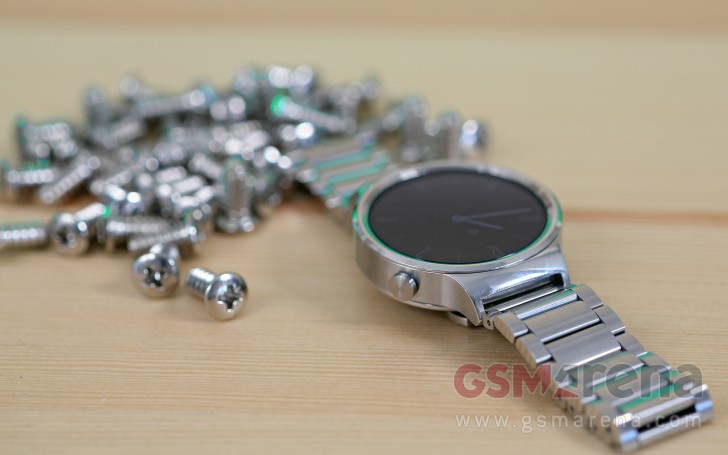 The Huawei Watch (pictured above) has been one of the best looking Android Wear devices ever since its launch, with its classic non-smart watch-like design, so hopefully its successor won't give all that up in the name of appealing to fitness fanatics.

The only other detail about the Huawei Watch 2 that has been leaked today is that it will come with optional cellular data connectivity, including the ability to make phone calls. We take "optional" to mean that there will be two models launched, one with the feature and one without. Obviously then, the former should be more expensive than the latter.

All of this reportedly comes from "a person familiar with the company's plans", it has to be noted. The Huawei Watch 2 is to have an eSIM in order to enable that mobile data connectivity, but whether it will support 4G LTE networks or just 3G ones hasn't been mentioned.

It's about time! The Huawei Watch was a fantastic watch, simply one of the best smart watches out there, if not the best one. Can't wait for the 2nd gen watch!

Huawei Watch is the best looking Android smartwatch out there. Moto360 would have been an competitor if not for the flat tire. All the other Wear watches out there are ugly in my opinion: too sporty, to many buttons, square, etc. Waiting for the ...