Earlier this week, Huawei introduced the Watch Fit smartwatch with a tall display, but the company is gearing up to announce one more smartwatch, dubbed Huawei Watch GT2 Pro.

Last week we got our first look at the Watch GT2 Pro, but now a new set of press renders gives us a much better idea of its design.

The Watch GT2 Pro has smaller bezels compared to the regular GT2 and packs a 1.39" circular color OLED display of 454x454 pixel resolution. This will come with the 46mm variant, and the 42mm model may sport a smaller screen of lower resolution like the GT2. 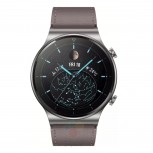 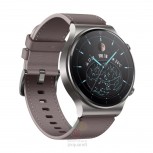 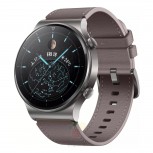 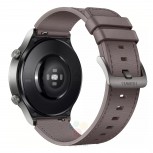 The case of the GT2 Pro will be made of stainless steel, and the straps will be either made of plastic or leather. The GT2 Pro will have 32MB RAM and 4GB of storage onboard, which will allow you to store music and play it on your wireless earphones without needing a smartphone since the smartwatch will support Bluetooth 5.1 connectivity. The RAM is so low since Huawei is using its own Lite OS without the need for third-party apps and extra power.

The source says that Watch GT2 Pro will run Huawei's proprietary OS, and the 46mm model will pack a 455 mAh battery, which will offer up to 14 days of autonomy. But this time, you'll also get wireless charging support. 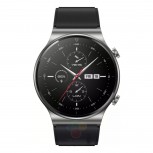 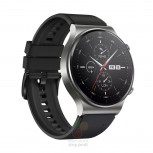 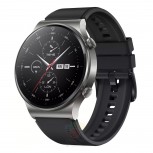 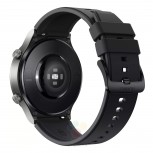 There's no word from Huawei about the Watch GT2 Pro yet, but if the day and date on the leaked renders are anything to go by, then we'll see the GT2 Pro debut in exactly two weeks from now.

Yes, and also auto stop for training. Especially for cyclist. It is annoying. Software is terrible. It shows current weather. Why. You know what it is. Forecast is missing

Is it just me or is wireless charging and a better build the only thing they are upgrading on from the gt watch 2? Where is the better access to apps and watch faces, the ability answer text, nfc payment and most of all a watchface store. The watch g...