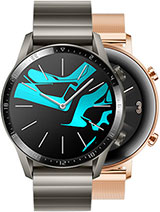 toprakokumus, 01 Feb 2021Nope, you can't install external apps on this device, it comes with pre-installed apps on... moreUsing after six months what is your opinion about buying this watch?
I want to buy GT2 but I am in confused about it's display. Is it scrtach proof?
I guess after few months it will be scratched because it has no gorilla glass or shaphired glass.
Please suggest me.

ErfanDVP, 01 Feb 2021Can I install apps on this watch just like watch gt 2 pro???Nope, you can't install external apps on this device, it comes with pre-installed apps only. Which are also just the part of the OS actually, not even apps. But there is no need for that, I use this Watch for almost 6 months and never felt any weakness of this situation. Only if it had a map application, it could be perfect with its gorgeous display.

Can I install apps on this watch just like watch gt 2 pro???

If you're in the market for just a watch that can do hands-free talking and some basic fitness tracking, then this is the watch for you.

But, if you're really into stats and accuracy and use it to actually measure stuff then you are better of getting a Garmin watch instead.

I have many problems with it such as ghost touches, random pausing in the middle of an excersice and it will not record anything, and so on. It really is not a watch you can depend on.

I mean you cannot even lock the screen and buttons to prevent accidental pauses and stops of recordings..

Very bad choice for me personally.

I have GT2-A26 version. I assume it is the Canadian version - no clear information available.
It looks beautiful and feels like a quality product. Most of declared functions are working either very well or acceptable for the price. This product was built to be loved but...

So many extremely annoying of frustrating "small issues"! I almost hate it.
Following are what annoys me the most:
- No clear information on what functionality you will get in your region. You have to dig through tons of web sites to get it;
- One ringtone only. Not big problem as per se but is very strange for a device with possibility of uploading tons of music on;
- It is impossible to change the only ringtone available. Huge frustration because... see next bullet;
- The only preinstalled ringtone (and it is impossible to change) is "some kind of sounds of forest". It starts very low and grows during several seconds. It is, probably great for the alarm clock function but sucks for everything else. You setting timer for 30 sec but you can hear it only on second 35 or 40 depending on your ears and noisiness of environment;
- I cannot upload new watch faces. Huawei Health app does not show this function at all. After long research I found tips that certain functions are not available in certain regions. Zero information what functions and in what regions. I created a Huawei ID in different region (Russia instead of Canada) - same problem. I am just lost.

As I told - it is a high-quality product but it brings a lot of frustration.

Its me, 26 Jan 2021Hello Can huawei watch gt 2 play music with its speakers?? Without any headphones or smart... moreYes, it can

Can huawei watch gt 2 play music with its speakers??
Without any headphones or smartphones!

poppy, 09 Dec 2020hi there can you make calls and talk with the GT2? because i havent seen it mentioned anywhere... moreOnly with the GT2 Pro

poppy, 09 Dec 2020hi there can you make calls and talk with the GT2? because i havent seen it mentioned anywhere... moreYes you can. Its in their product description on their page

poppy, 09 Dec 2020hi there can you make calls and talk with the GT2? because i havent seen it mentioned anywhere... moreyou can

Mislav Zrno, 27 Apr 2020I dunno why it doesnt say but u can talk with it. Previous model GT couldnt do that. With GT 2... morehi there can you make calls and talk with the GT2? because i havent seen it mentioned anywhere. thanks

I got the GT2 pro a few days ago and love it. Until now no smart watch has appealed to me. Poor looks/quality, bad battery and limited screen on modes.

By far the GT2 Pro is the best looking device available with the best battery life. Huawei need to sort out a few things (more apps, NFC support and reply to messages, footstep counts, more quality watch faces) to make it unbeatable.

Anonymous, 04 Sep 2020Totally agree - this "smart"watch actually has less functions than a cheap Huawei Ba... moreRubbish, I have both the Band 4 and GT2 pro (basically the same as GT2) and it does a lot more than the Band 4. Stress, call log, make and receive calls, Air Pressure, elevation, weather, torch, internal music, gallery, speaker and microphone, games etc.

I do have a step count problem with both Band 4 and GT 2 pro. The problem is it counts both the watch/band and the phone. Basically it doubles up what the steps should be.

tolzan, 28 Oct 2020No Blood pressure on GT2, only SPO2 senzorIf you had your BP (blood pressure) measured at least once in your lifetime, you would know that it requires an inflatable cuff around your arm. The pressure of the air inside the cuff rises till it matches the one from your artery and then a little more, then it drops and gives you 2 readings, the systolic (active phase of the heart) and the diastolic (resting phase of the heart) BP.
In my honest opinion, a smartwatch with an inflatable mecanism that can measure your BP is as realistic as a smartwatch that cooks pancakes for you :)) My point is that they are simply not equiped for this.