Huawei's Honor sub brand will soon launch the Note 10 flagship. No date has been announced yet but it will be shortly, as per Honor's official Weibo account.

Honor posted a teaser to reiterate that it will skip the Honor Note 9 and instead launch the Note 10, soon. It will be unveiled in Beijing. 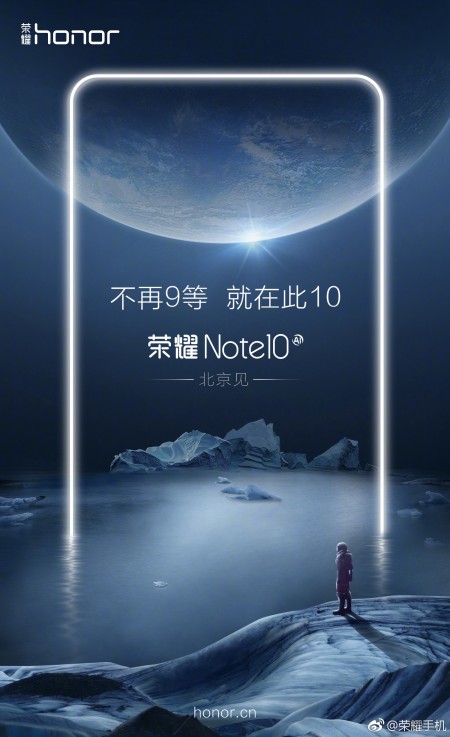 We know very little of the Honor Note 10 yet outside of the fact that it will have a large 6.9-inch display - Samsung-made - and that it's coming soon.

A recent rumor popped up suggesting the Honor Note 10 will have a 6,000mAh battery, but it turned out to be fake. We expect the new device to launch with Huawei's Kirin 970 chipset, like the Honor 10.

GPU turbo you say? Do it!

The next Mate series phone will bring the new Kirin chipset.... which will make it the fastest android chip of 2018.