Huawei will charge you $1,000 to replace the Mate X screen

Huawei released the Mate X with an outwards foldable screen at an eye-watering price tag of CNY16,999, which is the equivalent of $2,400 or €2,200. Today the company revealed the repair cost for some of the parts of the device and those aren't cheap either. 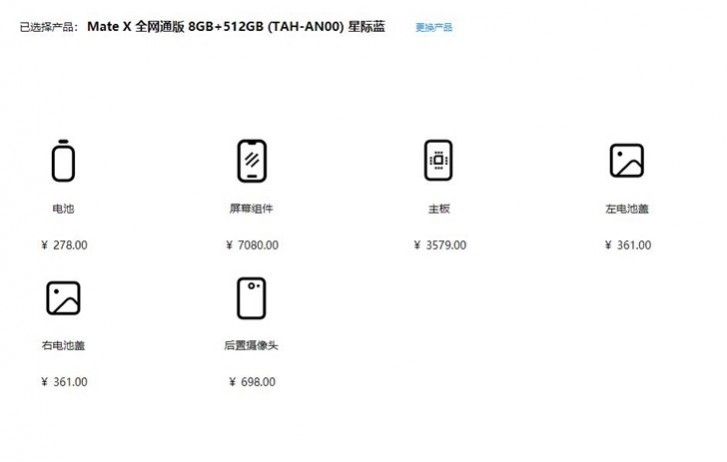 Detailed price sheet of replacement components for the Chinese market

These are the official prices that Huawei will charge you, meaning they include the labor and part cost. However, since the phone is China-only, the costs are also adapted for the domestic market - they are likely to increase when/if the Huawei Mate X appears on the global scene.

So there you have it - if you do get a Huawei Mate X, make sure you look after it well. Those foldable screens are known for being easy to scratch and being on the outside will mean it needs to be handled with care.

"likely better" Considering they're all plastic, I would heavily disagree

All screen device, with screen made of thin plastic film being on outside all the time is just a terrible idea. No matter what functionality is, it won't do well if you break it. And screen replacement here costs as much as a brand new flagship, cons...