Huawei sent out press invites for an event in New York City next month, on June 2. The invitations sport the following catchphrase: “See what we’re unlocking next.” 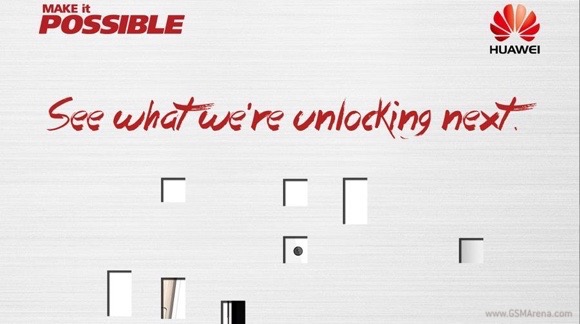 Small bits from a likely image of a smartphone are also part of the invite - the elements appear to come straight from a press render of Huawei P8. The latter is a strong candidate for an official launch across the Atlantic.

The Huawei P8max might also launch in the US during the event. An appearance of the Huawei P8 Lite is not likely.

We will be covering Huawei’s event in New York live from the spot. Be sure to tune in on June 2 to see what the Chinese company has in store for the US market.

I sure hope the P8 MAX gets USA frequencies for T Mobile. I currently enjoy using the Mate 7 but a bit larger phone would be perfect for lots of mY needs. THE MAX IS AboutTHE SAME SIZE AS THE SONY Z ULTRA which fits in my front shirt pocket. If...

Use Google translate, I don't understand your dialect, brother :-)