Huawei will announce the nova 6 on December 5

Huawei has officially confirmed that the nova 6 is coming on December 5. The company revealed the date of the launch event via its Weibo account.

The Honor V30, whic is Huawei nova 6 5G's sister-brand doppelganger, will make its official debut a week earlier, on November 26.

The key feature of the nova 6 5G is the dual selfie camera that's precision cut into the display. Huawei has teased that it will offer a regular and ultrawide units. Rumor has it the latter will have a 105-degree lens, which is wider than other ultrawide selfies we've seen on phones, like the Google Pixel 3's 97-degree or the Galaxy Note 10's 80-degree snapper. 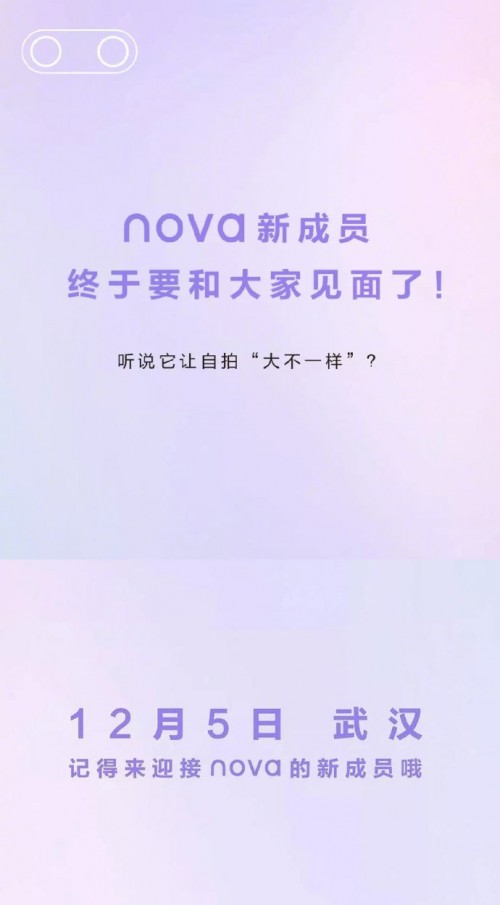 Is Huawei nova 6 or nova 7 will be supported by play store of google ..??

But will this and future Huawei and Honor phones get official android support?

Lol it about front camera