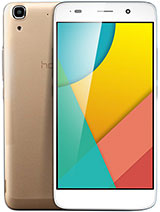 What's the use if u cant use 3G and cant install google apps.... ridiculous..

Really a gud phone phone from the chinese. Think of buying it or an honor holly.
Both gud wonder which best

Mad Driver, 12 Aug 2015if you look to into all midrange phones, you can see everything is same, mediatek or snapdrag... moreSo...what s d best fon to buy...

At this time, I can't intall google services on my Honor 4A bougth in China in august.
It's a shame because this smartphone is a good product for this price.

Mad Driver, 12 Aug 2015if you look to into all midrange phones, you can see everything is same, mediatek or snapdrag... moreThe cpu is very weak

well 2gb ram will be great for multi tasking. however processor is not such an efficient one.

Another toffe for om Huawei.. .. Grow up now

if you look to into all midrange phones, you can see everything is same, mediatek or snapdragon, just a name different..look at this phone 2gb ram, what? Are you kidding? It should be not more than 1 gb ram with these specifications. Not everybody ordinary users, there are many tech geeks can understand. This is a truly marketing, the reason is to make others to buy....But hell no, stop it, there are thousands of different phones and generally all the same, especially chinese cheap phones, they have no idea how to make good phones...always something sucks in their phones, such as 2gb of ram in this phone...its same as wear everything except trousers

Better Buy xiaomi 2 prime its an better option for this huawei 4a,,, With old 210 SD prcsr

i am unable to use 3G and google play store

Total of 687 user reviews and opinions for Huawei Y6.
ADVERTISEMENTS