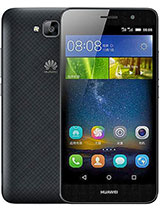 The best phone ever!!!
I am using this phone over 2 and half years now. I've got some button problems but otherwise, I recommend this mobile phone to anyone.

I have problem on this, how can i change to 3g only mode.there are no option like other phones to get only 3g signal.

The screen has locked permanently and I cannot unlock it.
what should I do to unlock it?

Ive been trying to get this phone to charge but does not send any power to the battery and i really need this phone.

Nice phone.. but im having a problem with it recently. I cannot charge it when swithed on. Cannot use charging treasure feature message is appearing. How to fix it please?

Worst keypress, worst sensibility, slow as hell. Nothing about this phone is good. Total garbage.

Such a disgusting phone..even we cannot change font..it can not be rooted..camera quality is disgust ..its filters are worst ..dont ever buy this phone..

My problem is that I do not understand this process that shows a message saying "Android is starting: optimizing app. This process takes annoyingly long and during such an update one can not be able to dial out or receive a call.
What is the meaning of this message and what is the solution?