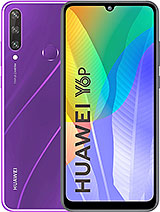 how do you bypass this google services unavailability?????

I'm annoyed that I can't get Netflix or messenger..I've installed the apps but when I click on to them it says not available in your region?... My old note 3 could do everything and was so easy to use. Can anyone help me...feel like I wasted money and need to go buy a samsung

Anonymous, 10 Feb 2021 my phone doesnt show numbers of all incoming calls can i pls be assistedhttps://consumer.huawei.com/sa-en/support/content/en-us00423218/

pane, 13 Feb 2021if autofocus spoils the video quality because it focuses all the time, you can stop it by open... moremy previous comment is incomplete,so let's go, when you open the camera to take a video or shoot a photo, first press the screen for a long time for about 2-3 seconds and then start recording video or taking photos, this is to lock the auto focus and thus prevent image or video spoilage

Keneilwe , 12 Feb 2021Camera sometime is not good like it when I take video 😪if autofocus spoils the video quality because it focuses all the time, you can stop it by opening the camera

Hi,guys does this Huawei Y6P blurry background when taking pictures?

Another question which one to pick between Huawei Y6P and Y7P?

Alexej, 10 Feb 2021You do not need googleCamera sometime is not good like it when I take video 😪

Why the camera is not clear. 🙄

Yes it good phone but where is gyro scope

Jay de Kajang, 02 Feb 2021thank you so much for the elaboration. very much helpful, esp on the part where it clears my d... morei need google play store plz help us

J H, 31 Jan 2021This played a secondary role to my Samsung J7 (2016) until it broke in November 2020. Since th... morethank you so much for the elaboration. very much helpful, esp on the part where it clears my doubt on the lack of playstore, which i believe is quite vital for android device to stay relevant.

I am using google play services by using GSpace app.

Without the help of any external software for applications, it's basically a brick. Doesn't help that AppGallery has only a limited selection of applications, which I had to solve by wasting my time and space by downloading QooApp, which works fine, but is still something I wish AppGallery could do - broaden the selection. This leads me on to my next point.

Gaming on this was a nightmare. I was very comfortable on my old J7 as it had a shorter length when flipped on it's side, allowing for a comfortable rhythm game grip. However, the Y6P has a considerably longer length when on its' side, making it very uncomfortable for gripping (at least for me). The sensitivity is also scuffed, registering tiny taps and even missing normal taps which was not an issue on my previous devices. Not only that, even though it is much newer and "powerful" than my J7 2016, it somehow manages to lag when more than a few objects are loaded despite all background processes running normally - a problem nonexistent on my J7.

Services were also a nightmare. Until I managed to port YouTube and Google services into the device, I had to deal with the mess that was Petal. My primary complaint will be the YouTube extension provided. The GUI was scuffed, even worse than conventional Android browser YouTube, homepage resets everytime you click on a video, meaning that you had to save videos into Watch Later or else chance at missing it forever. Petal/Browser also had a limited selection when it came to browsing, which meant I had to install yet another browser called Brave which worked fine, but wastes an additional amount of storage.

Despite Huawei pushing the advertising that this "triple camera" bs is good, the pictures came out grainy even when propped on a tripod and also somehow managed to lose in quality to the J7 2016 even in good lighting conditions. Camera pictures also take up more space than the J7 2016 (at least from experience), an average of 2.7-2.8 MB on the Y6P compared to 2 MB on the J7 when the settings are not tampered with.

There is also a bug which prevents me from being able to look at my WhatsApp contacts despite them showing up in the Phone/Contacts log, which reinstalling did not solve.

Overall this phone gets a 4/10 from me. If you want this phone for storage/secondary usage, this is perfect. But take it from me - it is a big mistake to use this as your primary unless you have an even worse device.

Anonymous, 05 Dec 2020how did you installed Facebook and Messenger and Youtube? do it need a Gmail and Google servic... moredownload Huawei space... i installed this app and now i have google services like playstore

i have no problem with this phone.... just download HUAWEI SPACE then you can have the GOOGLE APPS SERVICES LIKE PLAYSTORE.... there's always a way 😊

Total of 383 user reviews and opinions for Huawei Y6p.
ADVERTISEMENTS