Huawei specialize in supplying carriers worldwide with affordable handsets which are being sold with different names. The Chinese tech giant quietly released yet another low-cost Android device, this time in Portugal. It is called Optimus Stockholm, and is a version of Huawei's latest Ideos X1 droid. 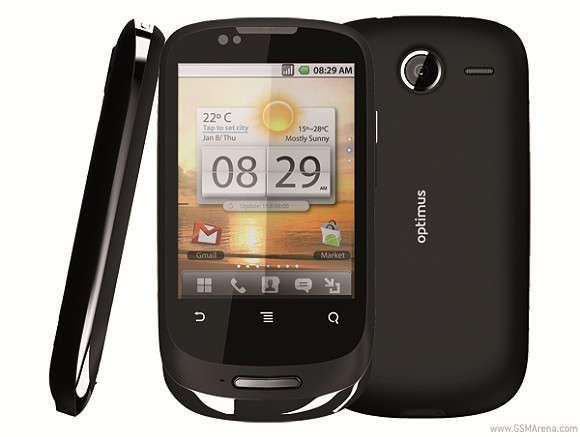 It must be noted, that the Optimus Stockholm has no relation to the LG Optimus line of devices. The budget Android handset is named after the carrier which released it in Portugal - it is called Optimus as well.

Now on with the specs. For €99, you get a compact Android Froyo 2.2 device with last year's entry smartphone specs. The processor is the old Qualcomm MSM7225 which is clocked at 528 MHz. There is 256MB RAM, and 512MB ROM on board, along with a microSD card slot for further expansion. The screen is 2.8 inches with 240x320 resolution. The camera is 3.2MP, and there is full connectivity on board. A-GPS, digital compass and accelerometer complete the package which weighs only 90 grams.

We noticed the stock icons pictured on the screen of device have a nice 3D-ish effect and make the phone look seriously upscale at first. We suppose they won't be like that in real life.

Word on the street is that the same device will be available as Orange Stockholm on the Orange networks across Europe as well.

it is bad phone it lost network