AnTuTu has published its monthly top 10 charts for best-performing flagships and mid-rangers and the Huawei Mate 40 Pro tops the first one. The average score of all devices that ran AnTuTu 8 is 685,339 but with the performance mode turned on, the Mate 40 Pro can go even beyond 720,000 points. 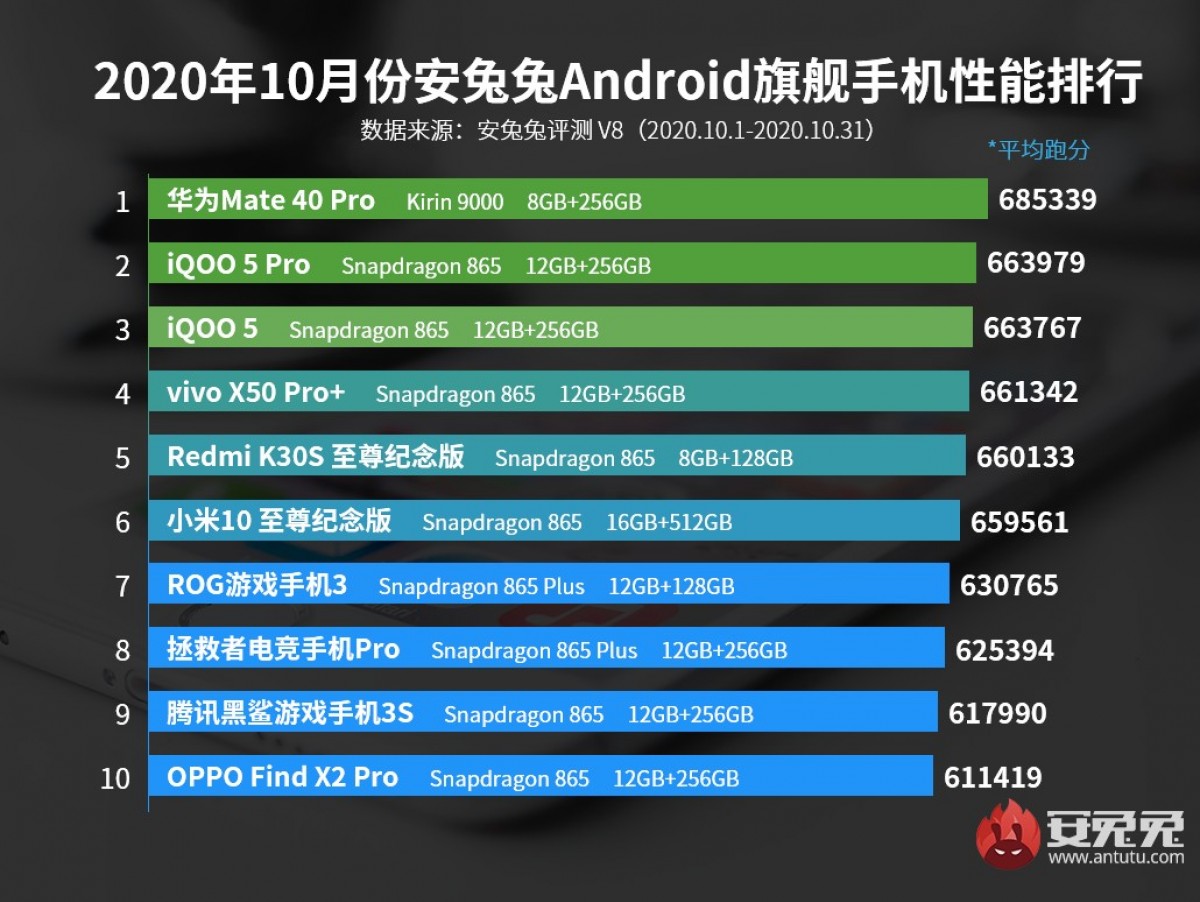 The second place takes the iQOO 5 Pro and iQOO 5 both running the Snapdragon 865+ chipset. The Asus ROG Phone 3 takes 7th place falling behind some considerably cheaper devices like the Redmi K30S. In any case, Huawei's Kirin 9000 is holding the title for now until Qualcomm fires back with the Snapdragon 875 in a few months' time. 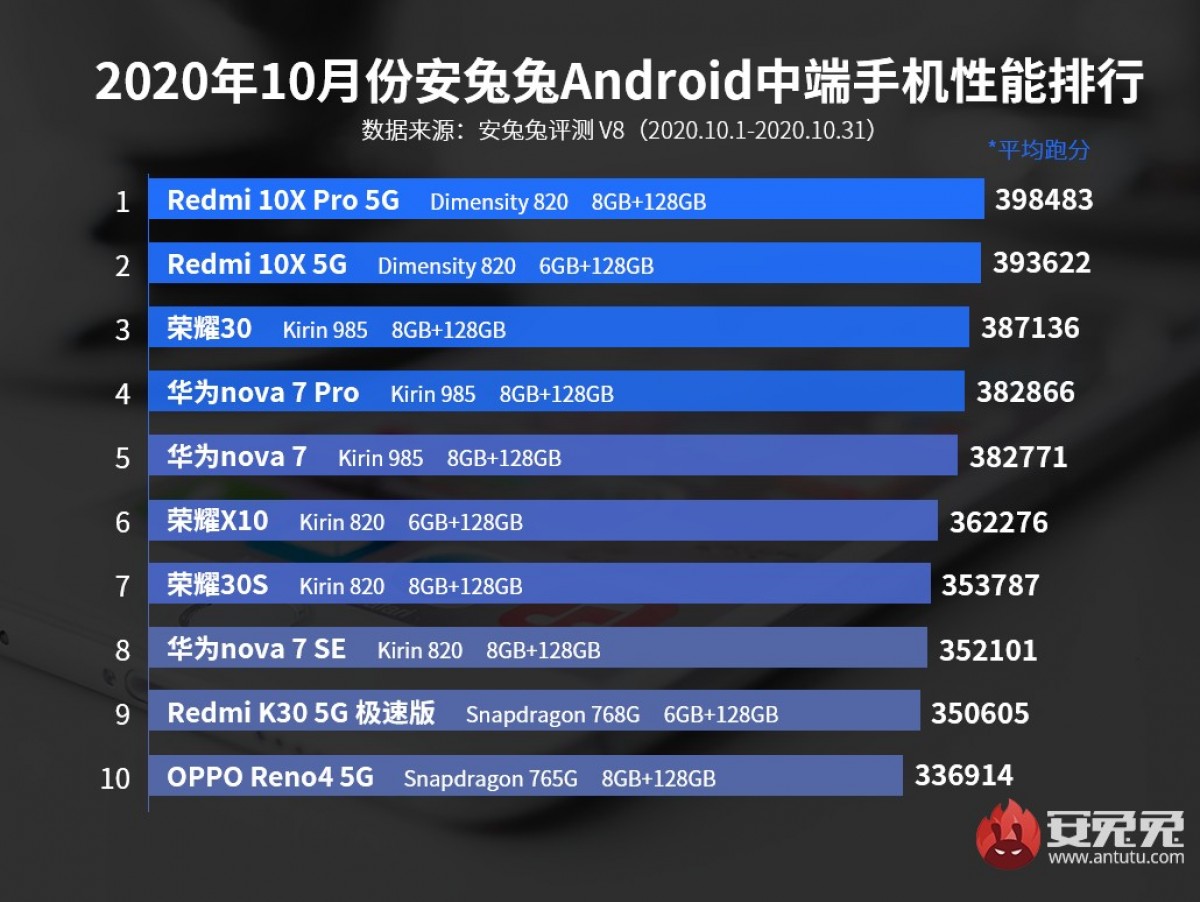 In the mid-range ranking the Redmi 10X Pro 5G and the Redmi 10X 5G reign thanks to the Dimensity 820. Both handsets achieved over 390,000 points. The third place takes the Honor 30 rocking the Kirin 985 chipset. It's interesting to note that the majority of the list is occupied by the Kirin 985 and the Kirin 820 whereas Qualcomm's Snapdragon 765G only features in 9th and 10th place.

Keep in mind that these scores are all average scores for phones that have ran the benchmark a statistically significant number of times.

It china version with no GMS, it preload with whatever oem want it there. So the score will vary a lot for China version.

Basically those 865s that are in the IQOO and mi 10 Ultra are over clocked versions like the 865+ by Xiaomi and Vivo themselves thats why for example the mi 10 Ultra has the highest GPU score in all variants of the 865 including the 865+ which has an...

It basically depends on the UI that the device uses, because it can improve or not the performance. But, if you look to olders processors, you will see that 855+ beats the 855. So there's something different with this new generation, I don'...