Huawei has revealed that their smartphone sales in Latin America has crossed the 10 million milestone. The revelation was made by the company's Senior Vice President Yu Chengdong, who also shared a celebratory poster featuring popular football player Lionel Messi. 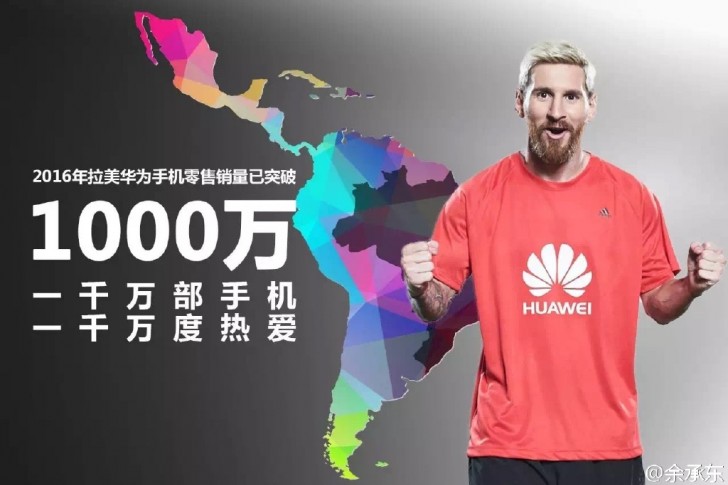 The Chinese company has plans to expand its presence in South America, evident from the fact that the firm has already announced that it will open around 1,500 new retail stores in the region this year.

The news comes just over a couple of weeks after Huawei revealed that it has managed to sell more than 9 million units of its P9 smartphone around the world.

Oh yes indeed the Chinese company Huawei will never relent until they reach their target of becoming number one. I have loved Huawei from day one when I owned Huawei phone 4 years ago. It was freezing so much after one year. Every body was condenming...

in XDA forums there is no firmware for C605, only the B131, the first firmware. for my device, sell in Bolivia C605 there is no manual update. and if you dont know about the other devices or if you dont have this device, pls dont reply!

I'd rather have more options. More options == lower prices for all brands.