Hurricane Sandy may have forced Google to cancel the New York event, but even the storm can't stop LG from announcing the Nexus 4. The phone leaked extensively, so there's little about it that's unknown (it's based on the LG Optimus G), but let's go over the specs one last time.

The phone is running Android 4.2 Jelly Bean (so no Key Lime Pie) and you get a choice between 8GB and 16GB storage options (there's no microSD card). 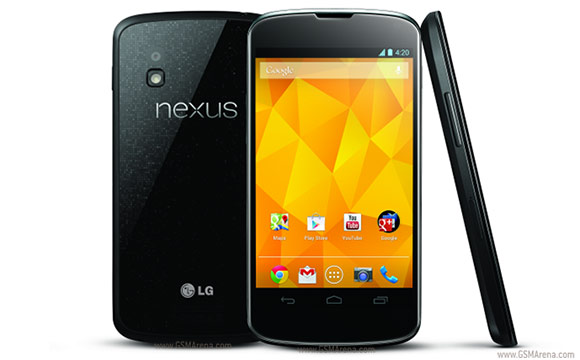 The camera on the back has an 8MP sensor and it has a cool feature called Photo Sphere. It's like a panorama, but you can snap photos in every direction you like - sideways, upside-down, wherever.

As far as connectivity goes, the LG-made Google Nexus 4 will have GSM/HSPA+ and NFC (unlike the Optimus G, there's no LTE). We suspect there will be a CDMA version later on, but there's no info on that just yet.

The first LG Nexus 4 phones will be available from the Play Store in US, UK, Canada, Germany, France, Spain and Australia starting November 13. If you prefer brick and mortar stores, the you'll have to wait until the end of November when the Nexus will hit Europe, Central/South Americas, Asia, CIS and the Middle East.

Does anyone bought it? What about battery performance?