IDC has published its analysis of wearable shipments in Q3 of 2020 and the numbers look impressive. A total of 125 million units were shipped - a 35% increase over the same period last year.

Apple was the runaway leader with a 33% marketing share, by Xiaomi, Huawei, and Samsung. Fitbit and Boat are tied for fifth, both of them pushing 3.3 million devices or 2.6% of the total market. 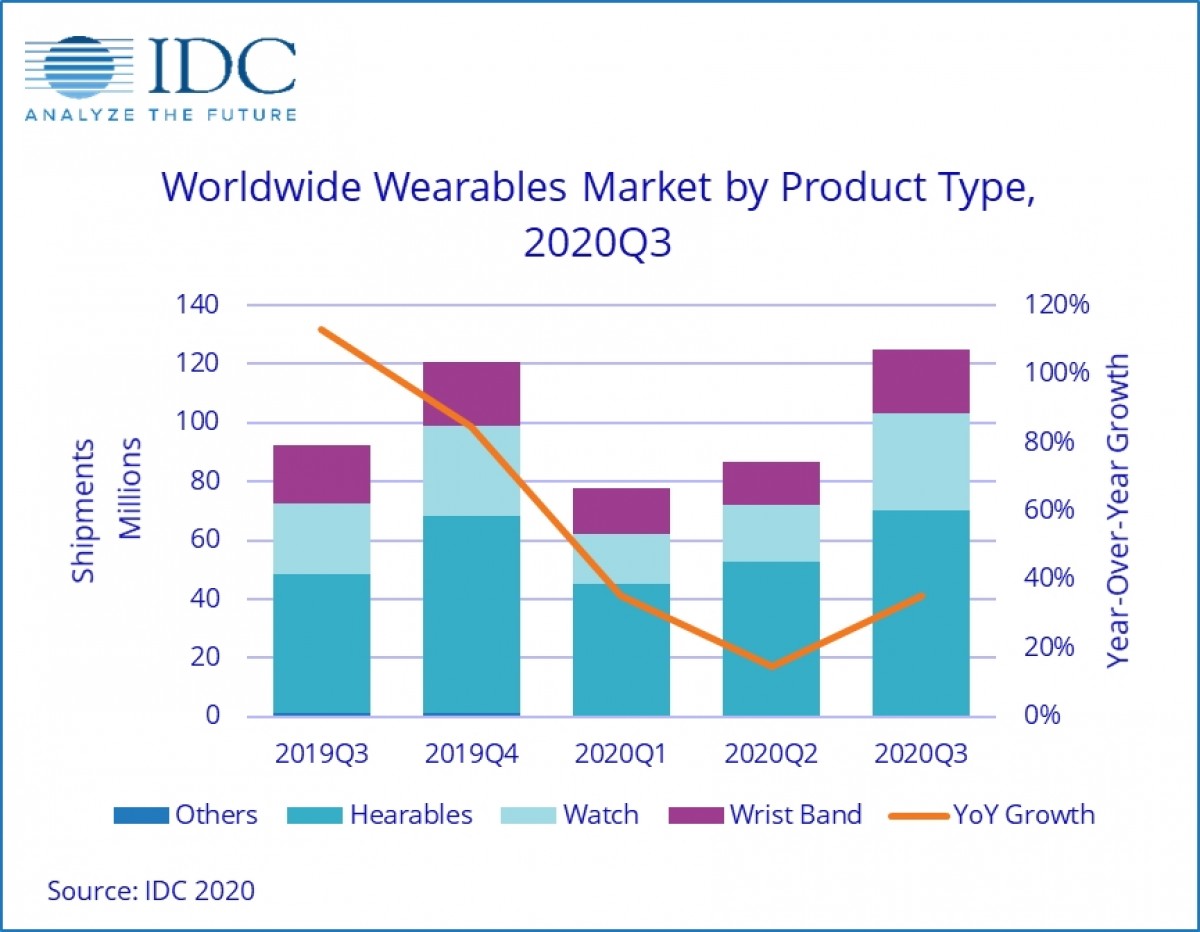 All major manufacturers recorded a yearly increase in volume.Due to the fact there is wide availability in all price segments, users from all financial backgrounds were able to purchase a wearable in the July-September period.

IDC revealed Apple held the lead with the highly successful AirPods, along with Apple Watches. Xiaomi followed second, with 12.8 million out of 17 million devices being wristbands. Huawei got third for a very simple reason - wearables don’t need GMS, so its competitively priced products really have nothing holding them back.

Looking ahead in the future, IDC predicted the wearable market will enjoy sustained demand due to more and more people getting into the trend and buying their first wearable, as well as a lot of early adopters going for a device replacement. Also, a lot of users have audio accessories and wristbands/watches, making the volume of units actually higher than the number of consumers of wearable devices.

Nobody buys that rubbish lol...I have not seen a single Crapple watch around!

I cared about commenting, so I did.

But the Apple watch looks ugly just like the iPhone with its huge notch.