We take a look back at IFA 2012, see if you've missed something

IFA 2012 has been a lot of fun and it still is for everyone who's going to attend it this week. However, with the announcements over, our job was over too and we are back to the daily grind in the office.

Now is an appropriate time to take look back at the exciting previous week and make a quick recap of everything that happened at this year's IFA. 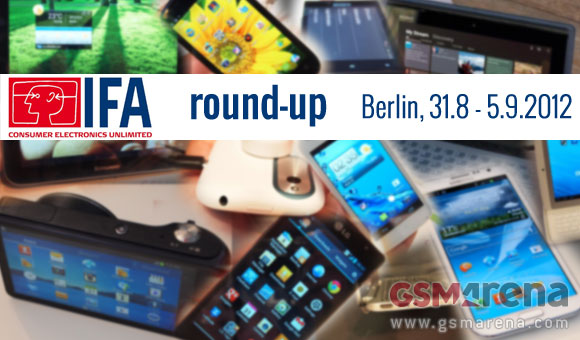 Let's kick this summary off with Samsung, as it was the company that made the most important product announcements (in our line of work, at least.) At an almost 2-hour long press event we saw the revealing of the eagerly anticipated Galaxy Note 2, which stole the show. Make sure you check our Galaxy Note II preview, if you have missed it over the weekend.

Rather unsurprisingly, Sammy also unveiled the Galaxy Camera, which as it happens, touts an impressively beefy touchscreen on the back covered by Corning's Gorilla Glass 2. Don't worry, we didn't miss to give this Android-powered camera the extended hands-on treatment as well as show you a hands-on video.

Samsung also made quite a lot of stir in the Windows 8 space with the first ever Windows Phone 8-running smartphone, the Ativ S. It was joined by the reveal of three tablets with keyboard docks - Ativ Smart PC, Ativ Smart PC Pro and the Ativ Tab, which we explored on video. If you happen to have some popcorn ready, you can sit back and enjoy the full Samsung IFA 2012 press event here.

Next up is LG, which unfortunately, hadn't brought the quad-core Krait monster Optimus G, but instead offered the consumers to take a glimpse at the Optimus L9. We had a short meeting with it as well.

HTC chose to remain under the radar too, and had only its latest member of the Desire line-up on display - the Desire X. Check out its live photos and hands-on.

Acer announced three new ICS-powered Android smartphones, the Liquid Gallant (hands-on), the Gallant Duo as well as the Cloud Mobile (hands-on). In the tablet segment, the company showed us the about to be released Iconia Tab A700 with FullHD screen (hands-on).

Toshiba decided to offer a different approach on the tablet market and instead of a hybrid tablet, announced a convertible one. It's dubbed the Satelite U920T and you can take a look at its live photos and hands-on.

HP also took part and showcased its latest tablet hybrid - the Envy X2 (hands-on), but sadly didn't offer anything else interesting. Alas, Archos didn't do anything different and unveiled yet another tablet hybrid dubbed the Archos 101 XS (hands-on).

Last, but not least, ZTE announced their first Intel Atom-powered Android smartphone. The ZTE Grand X IN is a rare breed, indeed. Check it out in our hands-on. 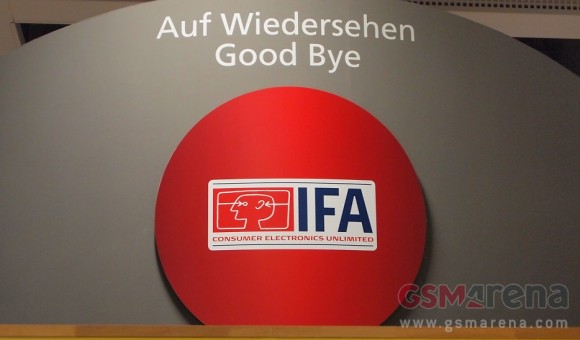 Without a shadow of a doubt, this has been IFA's strongest year in the mobile space. However, we are yet to see even more exciting stuff really soon as Nokia and Microsoft are preparing a special event on September 5 to announce the Finns' newest Windows Phone 8 smartphones. Motorola and Apple are next to be writing the headlines in the coming weeks with the announcements from both companies imminent.

It looks like does have a led notification system

Did you completely miss Huawei?