The IFA 2012 schedule is out, see what you can expect and when 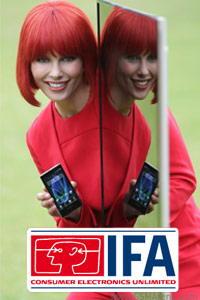 Berlin's IFA 2012 is right around the corner and this year it is going to take place from August 31 to September 5. But those are the days when the exhibition will be opened for the public. The really interesting part are the few days before that when most manufacturers will hold press-only events and the Berlin's Messe grounds will be opened only to those with press passes.

Here's the schedule for those pre-IFA press days. Let's take a look at which companies will be there and when they'll have their press conferences and product announcements.

That's what's ahead for us all at this year's IFA edition. We'll be there to cover it live for you.

You can check out the full schedule in the source link below. Keep in mind the quoted times are in Berlin's CET time zone (GMT+2 during the summer).

Which press conference are you looking forward the most?

I hope all this waiting for samsung galaxy note 2 really worth it ... !!!

I don't see Nokia at all in the schedule. On the other hand what I'm eager to see is Panasonic and lenovo. And I don't think it should be such a big deal for koreans like LG or Samsung - not that I personally have smth with asian corp. but I have swi...