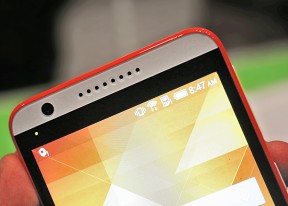 HTC is up next and the company is unveiling its latest competitor in the midrange in the face of the HTC Desire 820. Sporting brand new specs, it aims to replace the Desire 816 that was a popular device, especially in Asia.

The HTC Desire 820 comes with the same display technology - a 5.5" 1280 x 720px Super LCD2 with 267ppi. The BoomSound speakers remain intact on the front and so is the main 13MP camera but the front-facer has been bumped to 8MP. 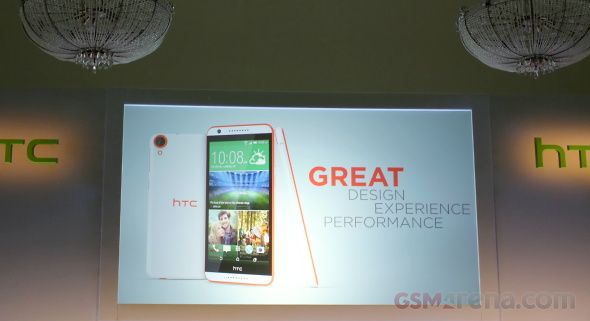 The Snapdragon 400 has been replaced by a 64-bit Snapdragon 615 with an octa-core Cortex-A53 processor with four 1.5GHz and four one-gig cores. The RAM has been upgraded to 2GB and the graphics chip is now Adreno 405.

HTC has retained the 2,600mAh battery that powers the smartphone but once Android L hits it may be able to last longer.

Finally, the HTC Desire 820 will have LTE Cat 4 for 150Mbps downlink and an optional dual-SIM version that will hit select markets. The midrange smartphone will make it to the shelves by the end of September.

See you after the break for our hands-on.

In the Power saver menu uncheck all except for CPU. It will reduce the heating in the phone.

I have desire 820 this phone is big problem..very heating...how to solved this problem..