iFixit tears down Galaxy Fold, finds it fatally fragile and suggests what may be wrong with it

Despite Samsung's recalls, tear down specialists iFixit have managed to get their hands on the Galaxy Fold and open it up a lot more than it already does.

While it's best to read the tear down in its entirety, here are some of the talking points raised by the article: 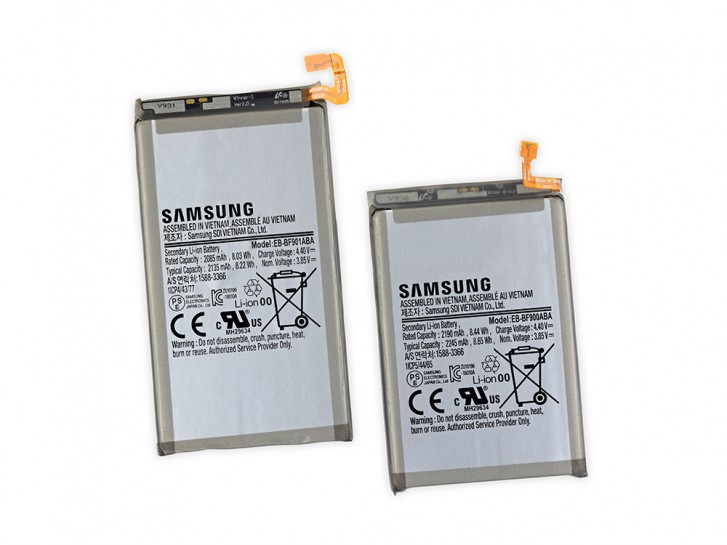 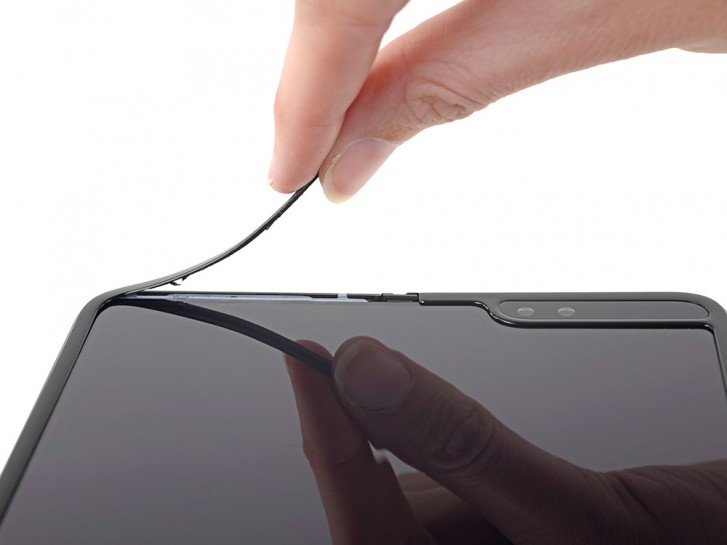 The hinge with the two flex cables

The experts over at iFixit also suggest there are a few potential reasons why the smartphone is failing in the hands of reviewers.

For starters, OLED panels are pretty fragile on their own. They are way more delicate than LCDs and just a small crack in the encapsulation can lead to irreparable damage. The OLEDs themselves are very sensitive to oxygen and moisture so any damage to the outer layer is critical. So bending the screen itself is just inviting trouble unless there's some super strong material involved that keeps it together. Which leads us to the next concern.

The OLED panels are also like cleanrooms - sterile and free of any dust. This means that you don't want your everyday dust to accumulate and get under the pre-installed screen protector that's also not a screen protector, according to Samsung. 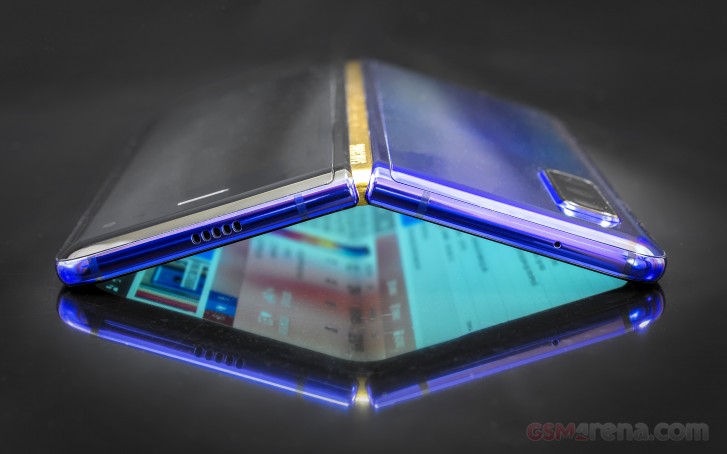 Over time, dust will build up and get under the protective polymer layer. Another way to get under the layer is the hinge. It doesn't look like it's airtight and Samsung didn't provide some kind of IP rating so when the general user opens and closes the phone in different environments - usually not sterile - dust could easily get through the hinge openings.

Samsung may have tested the hinge design and the durability of the panel in the long run with robots but keep in mind that these robots operate in a clean room and apply exactly the same pressure on both sides every single time when opening and closing. Humans, on the other hand, will use the phone outdoors and will open and close the phone in different and creative ways.

So far, though, our unit is holding up except for some minor flaws we've noticed over the course of the review. Stay tuned for the full review in the following days.

In the meantime, you can check iFixit's full assessment over at their website (link below).

good idea... and I suggest since they cannot make perfect holograph yet. I recommend they combined it with 3D glasses... lol looks like hologram also every time I watch IMAX

Who needs folding phone, many of us are waiting for holographic projector phones. Where there is no need of display itself, all they need to figure out is, how to make watch or band like device project holographic screen, which can be used as normal ...

No, it would be rough. Since, like you said, it just snaps up. It does make worried for the screen. Not only is it more exposed to the elements, but it will have quite the kinetic energy acting upon it with that snap